Thanks to its neck-snapping power, which is more than advertised, the 720S has dominated the drag racing world ever since it came out about four years ago. This isn’t the big, bad coupe, however, but the Spider, which is a bit more tamed than its fixed-roof sibling due to the obvious weight penalty.

The perfect recipe for a weekend car, or almost perfect, as some might want theirs with a stick shift instead, for an even more engaging driving experience, the 720S Spider is a force to be reckoned with. You may remember this yellow example from another video, going against the new BMW M5 CS. That is definitely a clip worth watching if you missed it, but before you do that, let’s move on to the reason behind putting the spotlight on it again.

It has something to do with the Nissan GT-R, in this case, as the British supercar went against the Godzilla not long ago, and it was all filmed for everyone to enjoy. But surely the 720S Spider would have no problem beating the GT-R in a straight line, right? Correct, yet the thing is that this one is far from stock.

In fact, if the video’s description is accurate, then it has well over 1,200-horsepower available on tap. That gives it a 500 hp or so advantage over the open-top 720S, so is that enough to humiliate it? You know what to do to find out. 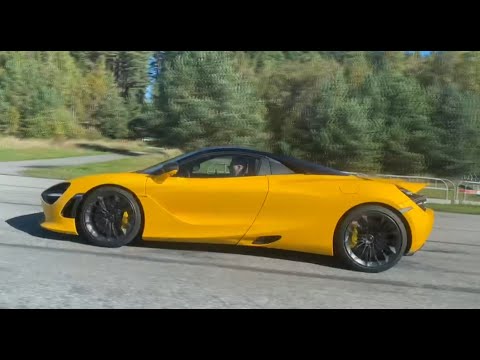