A season-high entry of 16 cars featuring all four homologated manufacturers has gathered at Paul Ricard for a double header of 50-minute races for the final round of 2021.

KTM, Audi, Lamborghini, and Porsche are all represented, together with the competitive debut of the new Brabham BT63 GT2 concept and a guesting Ferrari 488 Challenge. 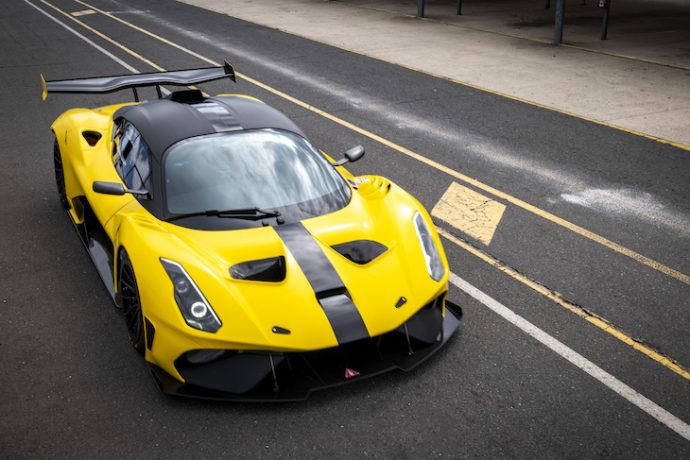 Whilst Christoph Ulrich has already sealed the Am Cup title in the #7 Sportec-run KTM X-Bow, the battle for the honours in Pro-Am looks set to go down to the wire this weekend between two rival Audi squads.

Currently out front is the #33 High Class Racing challenger in the hands of Mark Patterson and Anders Fjordbach. The pair have led the class standings from the inaugural event at Monza back in April, amassing some four victories and two further podiums across subsequent events at Hockenheim, Misano and Spa. 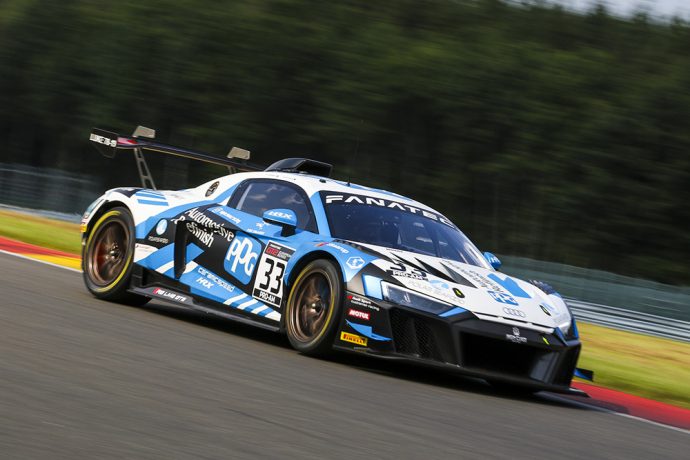 However, the #81 PK Carsport by Heinz Audi piloted by Peter Guelinckx and Bert Longin arrives with the momentum on their side, having capitalised on a few tricky results of late for the #33, including victories at Misano and Spa, to claw back some of the deficit.

With a maximum score of 50 points still on offer this weekend, their fight for Pro-Am honours looks set to go the distance, but a whole host of other front-running challengers could yet throw a spanner in the works.

Chief among them are the #5 Speed Factory Racing Porsche 911 of Aurelijus Rusteika and Michael Vergers, and LP Racing’s #88 Audi for Luca Pirri and Stephane Ratel. SFR’s Porsche arrives third in the Pro-Am standings, 12 markers clear of the #88, with both teams looking to upgrade a consistent run of podium finishes into a maiden victory to end the season on a high.

Sehdi Sarmini and Stefan Rosina claimed that honour in the Ardennes Forest last time out; the #16 True Racing KTM has endured a rollercoaster season, but recent results have surged the duo up the standings, and they now sit just 8 points shy of the ‘Battle for the Bronze’ up ahead.

Four new entries will bolster the Pro-Am numbers this weekend, including an additional car apiece from High Class and PK Carsport as both squads underline their commitment to SRO Motorsports Group’s latest initiative in GT racing.

Danish outfit High Class will have the honour of running the Brabham BT63 on its competitive debut, and for its first appearance in Europe, with former Grand Prix racer, three-time Le Mans winner in class and Brabham Automotive Sporting Director David Brabham joining the fray.

The Australian will be joined by another notable name from sportscar racing, Denmark’s Dennis Andersen, with the marque currently working alongside SRO on a full homologation for the Brabham’s use in the category from 2022 onwards.

Auto Vitesse, another new name to the category, will mark the return of Lamborghini to the Pro-Am runners, with Cedric Leimer sharing the #19 Huracan with Julien Piguet

The series also welcomes an invitational runner to the Pro-Am runners at Paul Ricard this weekend, with Scuderia Rivetto & Ruberti marking their first foray into the series with a Ferrari 488 Challenge Evo for Luca Demarchi and JM Littman, the squad evaluating the category ahead of a possible full-time entry from next year.

Ulrich may have already sealed the honours in the Am category, but a whole host of fascinating stories look set to be resolved on the French Riviera this weekend.

Although the title is now out of reach, the #24 Reiter Engineering KTM of Hans-Joachim Stuck and Kris Rosenberger will be aiming to end the campaign with that elusive maiden victory, the duo having finished as runners-up on six occasions thus far.

They will also need to be wary of the ultra-consistent #17 True Racing KTM of Hubert Trunkenpolz and Klaus Angerhofer behind, the margin between the pair for second and third respectively in the standings just 17 points.

Mauro Casadei and Jaromir Jirik have both enjoyed sporadic outings in a Target Racing-run Lamborghini Huracan this season, with the Italian squad bringing a two-car effort to the Paul Ricard finale. Casadei and Jirik will joined respectively by Stefan Larsson and Han Huilin on board the #27 and #32 entries.

Auto Vitesse are another new name to the series, and another running with the famous Italian marque; Cyril Leimer will take the reins of the #19 Lamborghini, the Swiss running as one of three single-driver entries.

Ulrich will also compete solo, with the third marking the return to the grid of LP Racing’s #911 Porsche after a successful debut at Spa-Francorchamps in July, a double podium on that occasion giving Leonardo Gorini a solid foundation on which to build this weekend.

A pair of one-hour practice sessions on Friday (09:55/14:40 CEST) will give each crew an opportunity to acclimatise to the high-speed, flowing 5.8km circuit, ahead of qualifying under the lights at 21:00 that evening.

Saturday features two 50-minute races and, as in Misano, the first will take place during daylight hours at 11:20, with another evening race to close out the inaugural season at 20:10.

Both races can be viewed live and free-to-air this Saturday on both the GTWorld and GTWorld Français YouTube channels.