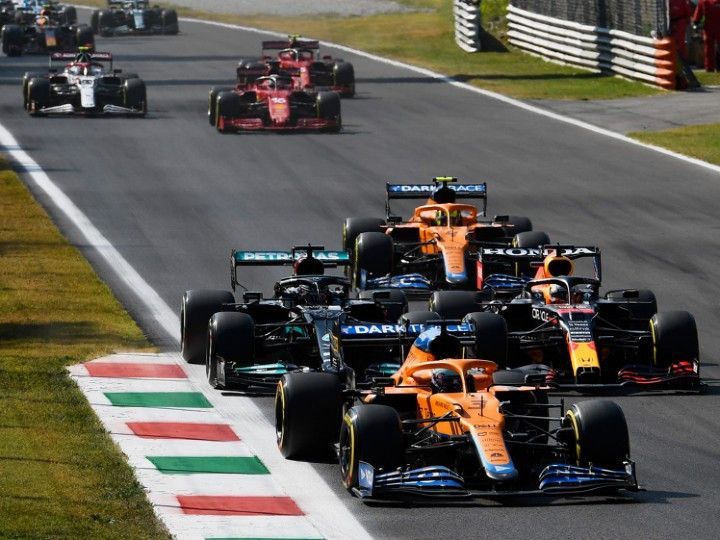 Like last year, the 2021 Formula One Italian Grand Prix saw absolute chaos. It had everything from a clash with title protagonists, wheel-to-wheel action, as well as another shock winner in the form of Daniel Ricciardo.  Here are those that shined, and those that fell short at a thrilling Italian Grand Prix .

It seems like a dream, but McLaren’s Italian Grand Prix couldn’t have gone more perfect. Daniel Ricciardo took a sensational eighth career win, and his first for McLaren. Starting second on the grid, the Australian powered past the Red Bull Honda of Max Verstappen on the opening lap, and held off intense pressure all race long to take a much-needed win after a tough first half of the season. Teammate Lando Norris also played a huge part in this win to hold off faster cars behind him to manage a McLaren 1 and 2.

It’s McLaren’s first win since Brazil 2012, and their first 1-2 finish since Canada 2010. McLaren also remains the only team to have a 1-2 finish this season. This result puts them at the third spot in the constructors’ standings, 13.5 points clear of Ferrari. Meanwhile, Ricciardo jumped up to eighth in the drivers standings, with Norris closing the gap up to only 9 points behind third-placed Valtteri Bottas.

There’s something about Finns being dropped by a top team in Monza, and then being in prime form over the entirety of the weekend. Mercedes’ Valtteri Bottas replicated Kimi Raikonnen’s feat from Monza 2018 to qualify first for the race. Despite engine grid penalties dropping him to the back of the grid for the race, Bottas scythed through the field to finish a strong third. Certainly a confidence boosting weekend for the Alfa Romeo-bound Bottas.

For a circuit meant to cause a lot of pain for home heroes Ferrari on paper, it was a very strong damage limitation drive from Charles Leclerc and Carlos Sainz to finish fourth and sixth respectively. This result was big since McLaren’s 1-2 finish only leaves them trailing by 13.5 points in the battle for third in the constructors’ standings.

Seems like Hungary opened the floodgates for Williams, with George Russell seemingly striking from under the radar to deliver his third points-scoring finish in four races with a ninth-place finish. This further cements Williams’ eighth place in the constructors’ standings.

It happened in Silverstone, and it has happened again. The Red Bull Honda of Max Verstappen and the Mercedes of Lewis Hamilton came together on lap 26. With both drivers having a difficult race behind the McLarens, the pair collided while fighting for the same piece of tarmac, taking both of them out of the race. In the end, the stewards determined Verstappen was to blame for the incident, and handed him a three-place grid drop for the Russian Grand Prix. While things remain unchanged in the drivers’ championship, this title fight could further intensify heading into the rest of the season, especially considering both Verstappen and Hamilton could be taking engine grid penalties soon.

It was a very messy weekend for Red Bull Honda’s Sergio Perez starting with a lowly eighth-place grid start. While the Mexican managed to finish third on the road, he was handed a five-second time penalty for an illegal overtake on Charles Leclerc, which dropped him down to fifth in the end.

For a track that should be great for the Mercedes-powered cars on paper, Aston Martin had a quiet weekend with Lance Stroll finishing eighth. Sebastian Vettel on the other hand had a messy race, and was involved in plenty of on-track scuffles, to finish a lowly 12th.

The end of the triple-header means F1 will have a two-week break, before racing action resumes at the Russian Grand Prix in Sochi, scheduled from September 24-26.