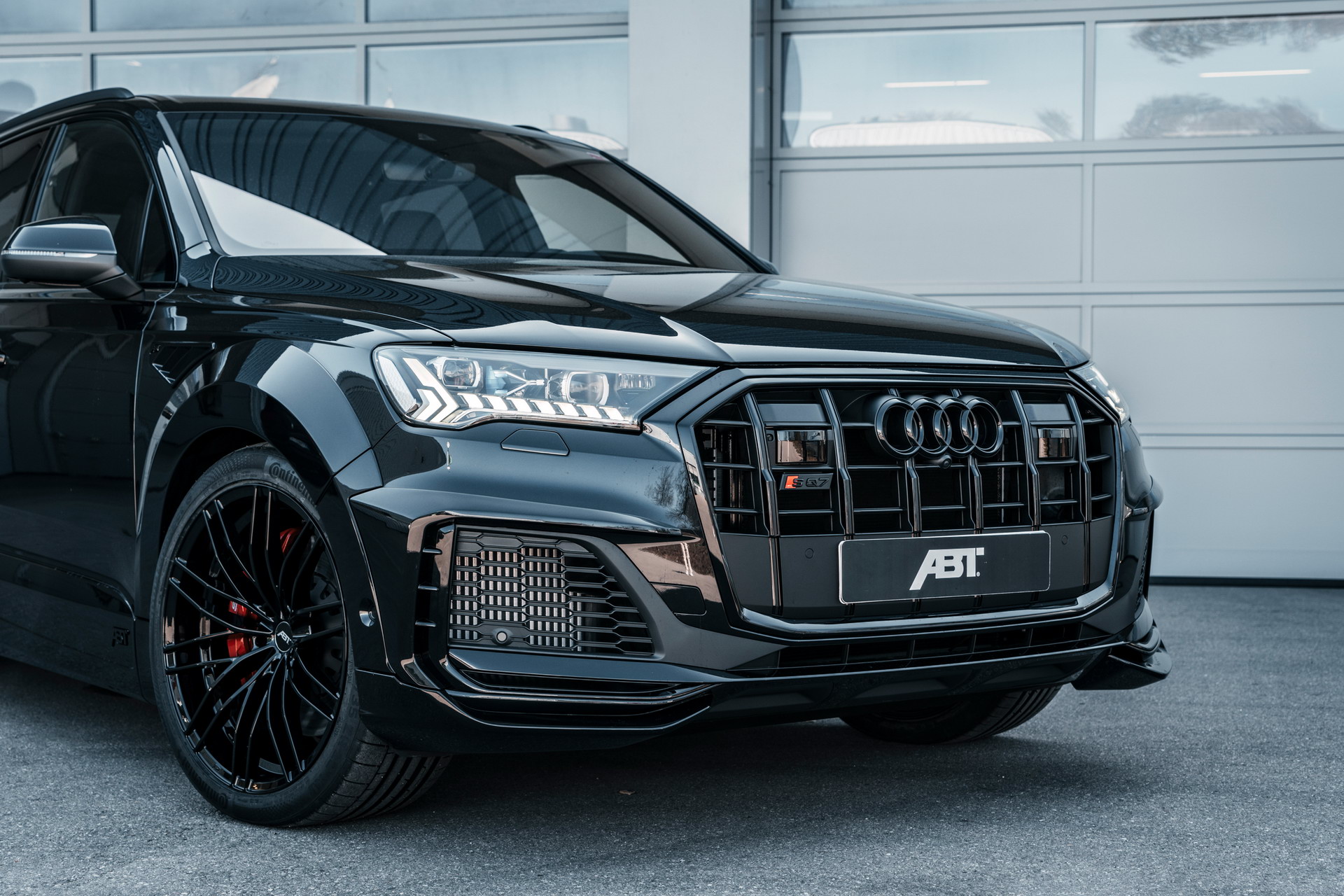 Ever since Lamborghini unveiled its ultra-fast, ultra-expensive SUV named Urus, people on salaries all over the world have been frantically searching for reasons not to buy it. If the above sounds familiar, here’s another compelling reason, brought to you by ABT Sportsline.

The tuner worked its magic on the SQ8 model not long ago (watch the video for an overview), and is now bringing a similar range of improvements to the SQ7 as well. The main course is an aftermarket ECU that boosts the stock eight-cylinder to 650 PS (641 hp / 478 kW) and 850 Nm (627 lb-ft) of torque. The Italian super-SUV gets the exact same figures from the same engine model.

Other notable upgrades include a rather restrained body kit, enlarged exhaust tips, 22-inch in-house wheels wrapped in Continental rubber, and an all-black body finish with the only red accents being the calipers and the grille badge.