More potential takers for the emergent ‘converged’ top class in international sportscar racing are continuing to pop up.

The current list of publicly committed programs has Toyota, Glickenhaus, Peugeot and Ferrari committed with LMH cars for the FIA WEC with Audi, Porsche and Acura currently confirmed in LMDh.

INSIGHT: LMDh is poised to carry IMSA into a new golden era

Beyond that GM (Cadillac), Lamborghini and Bentley look set to join the LMDh list with McLaren known to have a program at the conceptual stage too.

Now though, there are two more prospective takers.

The Renault group relaunched its main sporting brand under the historic Alpine identity last year, committing the brand to Formula One (replacing the previous Renault Sport identity) and also providing some (but very limited) support and endorsement to the 2021 FIA WEC effort in the new ‘Hypercar’ class to Signatech, long-time successful flag carriers for the brand in LMP2, as they took the opportunity to step up to the top class with a ‘grandfathered’ – for which read ‘performance restricted’ ex-Rebellion Racing R13 LMP1 car.

The newly re-dubbed Alpine A480 effort is designed to focus the attention of the decision makers at Renault onto the merging strength of the top class in endurance racing, to demonstrate cut-through for the brand in a class set to be joined by their most bitter rivals in the French and European marketplaces, Peugeot Sport, in 2022.

Paddock and industry sources have confirmed to RACER that thus far the strategy has been successful, regular updates are being sought by and provided to senior Renault management as the deadline looms to be able to ‘green-light’ a program for 2023, an important date as it marks the centenary of the 24 Hours of Le Mans, another major lever to persuade the French brand to commit.

An opening 2021 WEC race that saw the ‘stop-gap’ A480 lead the Toyotas will have done nothing to damage the emerging positive prospects.

BMW meanwhile has long been eyeing the opportunities in the top class, have looked carefully at all available options to bring together an effort, including the ‘LMH’ ruleset and the proposed 2024 ‘Hydrogen’ class. 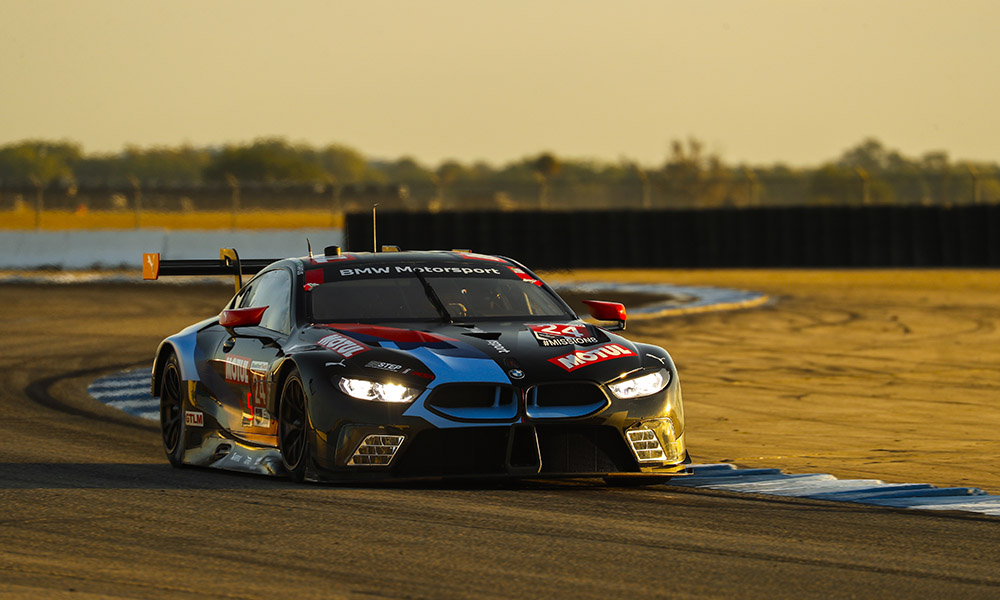 BMW has shown heavy interest for an extended amount of time for opportunity to move up into the top class of sportscar racing. (Motorsports Images)

While neither of those prospects appears to have cleared the necessary corporate clearance processes, the prospect of an LMDh program is understood to be still very much alive.

Sources at Spa, in Germany and beyond have confirmed to RACER that a process rather closer to a formal evaluation than that being undertaken at Alpine is nearing a conclusion with a decision set to be made in the coming weeks on both a go/no-go, and on the principal partners should a program be green-lit.

Neither Alpine nor BMW should be inked in on the ‘confirmed’ list just now, but either or both would provide further evidence that the painful journey towards a re-invention of the top-level of endurance racing looks set to have a happy conclusion to the next chapters!