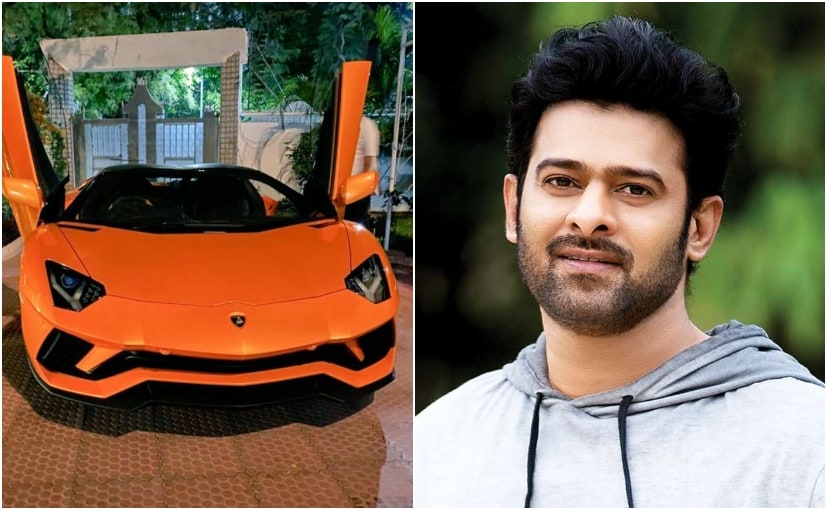 You know him as the star of the magnum opus Baahubali, so it’s only for that actor Prabhas chooses to drive some of the exotic machines on wheels. While the actor has an enviable collection of cars already, Prabhas has now added the Lamborghini Aventador S Roadster to his garage, which is worth around Rs 6 crore. The actor took delivery of his newest prized possession recently on his father Surya Narayana Raju’s birth anniversary, and images of the same are now viral on social media.

The Lamborghini Aventador S Roadster is the brand’s flagship open-top offering and packs the beastly V12 under all the metalwork. The 6.5-litre naturally-aspirated engine develops 730 bhp at 8400 rpm and 630 Nm of peak torque available at 5500 rpm. The supercar is capable of sprinting from 0-100 kmph in just about 3 seconds, while 0-200 kmph comes up in just 9 seconds flat. The car has a top speed of 350 kmph. The two-seater roadster is pure eye candy and is finished in the Arancio Argos (orange) colour scheme.

The delivery of the car is all the more special considering the actor received it on his father’s birth anniversary. Prabhas had previously said that he had gifted his father a car on his birthday a few years ago. That being said, the Saaho star’s garage comprises some extremely likeable rides right from the Rolls-Royce Phantom VII, Land Rover Range Rover, BMW X3, and the Jaguar XJR.

On the work front, Prabhas was last seen in the 2019 release multilingual release Saaho. He will now be seen in Adipurush, which is a 3D film, along with Salaar, Radhe Shyam and an untitled film with actor Deepika Padukone. All movies are in different stages of production at the moment.