Most people simply transfer the funds prior to signing the final papers. Others take a trip to the bank accompanied by the dealer, yet not this man. No, sir, because what he did was show up with a boatload of cash, and that’s not all, because there were only $1 bills.

At this point, you might think that he’s a strip club owner, but he’s not. He’s actually a YouTuber, who found it funny to try and buy his next ride in single denominations. That took no less than three trips to the bank, sprinkled with a lot of eyebrow-raising moments, smiles, and laughs, probably followed by some backpain, as those heavy boxes needed to be carried to the car.

With no less than 250,000 one dollar bills in the trunk, the man, who has over 7 million subscribers on the famous video platform, went to a dealership, but they weren’t accepting cash. Bummer. But that wasn’t going to stop him, because he visited two more showrooms. Unfortunately, he didn’t quite like any of the Lambos on display.

The next morning, rescue came from a private seller, who had the perfect Huracan. Low mileage, all-white, lots of carbon fiber, posh wheels, and a black and red interior. Immediately, the YouTuber felt that he had to take it home, but that’s easier said than done when rolling with that many bills in the trunk. So did the seller accept the offer, and more importantly, was he willing to bid farewell to the supercar in exchange for the one dollar bills? You know the routine, but be advised, the video is more than 30 minutes long. 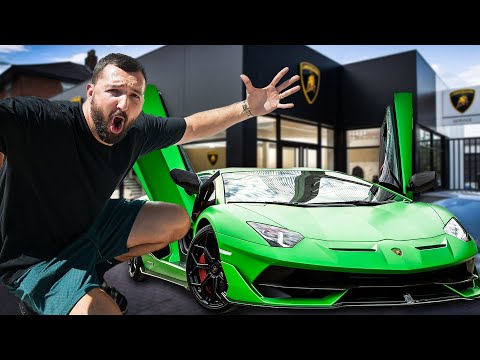