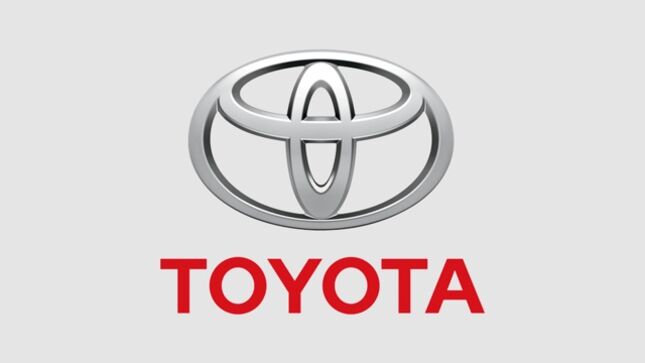 You might think of Toyota as a brand that makes inexpensive and basic cars for people who just desire a mode of transportation. You might be right but your favorite actor or musician might think otherwise. Yes, it might seem ludicrous but not every celebrity with a fortune owns a Ferrari or Lamborghini.

Some of the biggest names in Hollywood actually drive cars that you and I can afford. There is no set reason for this odd love affair between Hollywood and Toyota. Some might get a 2021 Toyota Tacoma to move around in a more discreet fashion or 2021 Toyota Tundra to curb their love for pickups. But it’s undeniable that Toyota has had somewhat of a cult following when it comes to rich celebrities.

Here are 11 uber-rich celebs and Hollywood stars that roll around in a Toyota!

10. Danny DeVito and his Toyota Prius

Danny DeVito is certainly one of the most praised actors and comedians. And he’s now more popular than ever due to his presence among Gen Z and internet communities. Danny has had a long history of owning green cars and he is one of the many advocates of Hollywood that preach electric vehicles. He was one of the first names in Hollywood to get the General Motors EV1 back in 1996. Currently, he drives around in his Toyota Prius which has also become a source of memes for the internet.

9. 50 Cent and his Toyota Land Cruiser

You might know Curtis Jackson, a rapper from Queens, NY, by his stage name 50 Cent. One of the greatest of all time in modern hip-hop. 50 started his career in the boroughs of New York, rapping and selling drugs for a living.

From these humble beginnings to getting Bugattis and Lamborghinis to make an appearance in his music videos, 50 has seen it all. However, the 50s most prized and most used vehicle is his Toyota Land Cruiser. As a matter of fact, his first car was an 80 series Toyota Land Cruiser that 18-year-old 50 Cent drove to the candy shop.

8. Mark Wahlberg and his Toyota Sienna

Easily one of the most famous A-lister, Mark Wahlberg is one of the most popular Hollywood success stories in history. Going from a white rapper Marky Mark to delivering many blockbusters in his time. He has quite the car collection, but he is often seen around driving in a Toyota Sienna minivan. He says that it’s very practical and has an ample amount of space for his four kids.

7. Christian Bale and his Toyota Tacoma

Christian Bale is one of the most prolific and versatile actors in Hollywood. He is best known for his role as the swanky billionaire Bruce Wayne in Christopher Nolan’s Dark Knight trilogy. He can probably afford cars that Bruce Wayne drives, but he chose not to. He drives around in an old Toyota Tacoma pickup truck. And it looks like he won’t upgrade it anytime soon.

6. Sarah Hyland and her Toyota Corolla

It’s not all the old demographic of Hollywood that rolls around in a Toyota. Sarah Hyland, best known for her role in Modern Family, which helped her be a millionaire. Being the eldest daughter in the family, you might think she drives a family heirloom minivan or something but in real life, she drives a Toyota Corolla. Still a very capable and low maintenance family car though.

5. Ryan Gosling and his Toyota Prius

This popular Hollywood heartthrob has a soft spot for the environment. He drives around in a Toyota Prius getting 50 miles per gallon of fuel. He has completely renounced any other gas-guzzling vehicle and strictly prefers moving around in environmentally-friendly vehicles. He is on a drive to reduce his carbon footprint and in the process encourage others to do the same.

This actor needs no introduction. Tom Hanks is one of the most fondly thought of actors of our generation and another internet celebrity. In 2007, he was gifted one of the first all-electric cars in existence. A $55,000 Toyota Scion XB. The boxy and quirky car perfectly suits his style and Tom Hanks pulls it off quite well. He also owned a Prius that he auctioned off for charity recently.

3. Mel Gibson and his Toyota Cressida

Mel Gibson is another prolific and somewhat controversial senior actor in Hollywood. He has renewed his image and now is in the good books of the industry and the public as well. His movies have grossed hundreds of millions of dollars but this does not stop him from driving around in a sixth-generation Toyota Cressida. This Cressida was built between 1988 and 1992. He has other rides as well but this is the one closest to his heart. Gibson also owns a tiny Smart Car to zip around town sometimes.

2. Kristen Stewart and her Toyota Tacoma

In the Twilight series fame, Kristen Stewart was one of the highest-paid actresses in Hollywood. With dozens of successful films under her belt, she chooses to move around in an old Toyota Tacoma pickup truck. Moreover, the pickup truck isn’t even a crew cab that seats four. It seats only two, including the driver inside its regular cab.

1. Leonardo DiCaprio and his Toyota Prius

He is the leading voice in the fight against global warming and one of the most respected actors in the industry. Leonardo DiCaprio and his love for Toyota Prius is probably the most well-known actor and car relationship in history. He loves the Prius because it helps him make a statement against Global Warming by getting about 50 miles per gallon.

As a matter of fact, Leonardo DiCaprio’s love for Prius encouraged several other A-Listers to ditch their high-end cars for the tiny green Toyota. If we included every single celebrity, this list would be dominated by the Toyota Prius. The list includes Matt Damon, Bradley Cooper, Orlando Bloom, Owen Wilson, Julia Roberts, Cameron Diaz, Jeff Goldblum, and many more.

While many of the newer celebrities seem to be shifting towards pure Electric Vehicles and more luxurious offerings like the Tesla Model S. There is no denying the impact that Toyota Prius, and its relationship with Hollywood, has had on the overall culture surrounding electric and hybrid vehicles.