Ninth place isn’t where Daniel Ricciardo wants to be finishing a Grand Prix, especially on a day when his McLaren team-mate Lando Norris charges to a superb fifth.

However in Portugal last weekend that humble result came as a boost to the Australian following a disastrous qualifying session that saw him fail to make it out of Q1 in 16th place. Given that only one driver who qualified ahead of him retired, Kimi Räikkönen, an overall gain of seven places was a respectable achievement.

Ricciardo has not had an easy start to his first season with McLaren. Like the other drivers who have switched teams, it’s taking him time to become fully at home with his new car, a process not helped by the lack of pre-season testing.

He’s also come up against a new team-mate in Norris who, in his third year with the Woking team, is now reaching another level of performance, and is consistently leading the charge behind the two frontrunning teams.

In terms of gathering points Ricciardo has enjoyed a solid start to the season, with seventh in Bahrain and sixth at Imola. However as in Portugal, at both events Norris was some distance up the road – although to be fair in the Italian event Ricciardo played the team role and at one stage moved over to let the Briton by.

Nevertheless for a guy who comprehensively outperformed Esteban Ocon at Renault last year, chasing being adrift of your team mate is not a pleasant experience, and thus a strong race Portimão was well-timed.

“I’m happy with today,” he said when asked by Motor Sport about his Portuguese race. “It was kind of all I could ask for, kind of my best thing today was always going to be a recovery. I mean, yesterday was obviously for myself not acceptable.

“Whether it’s tricky [conditions] or what, I still obviously hold myself to high standards. And even with a few mistakes, I still shouldn’t be out in Q1. 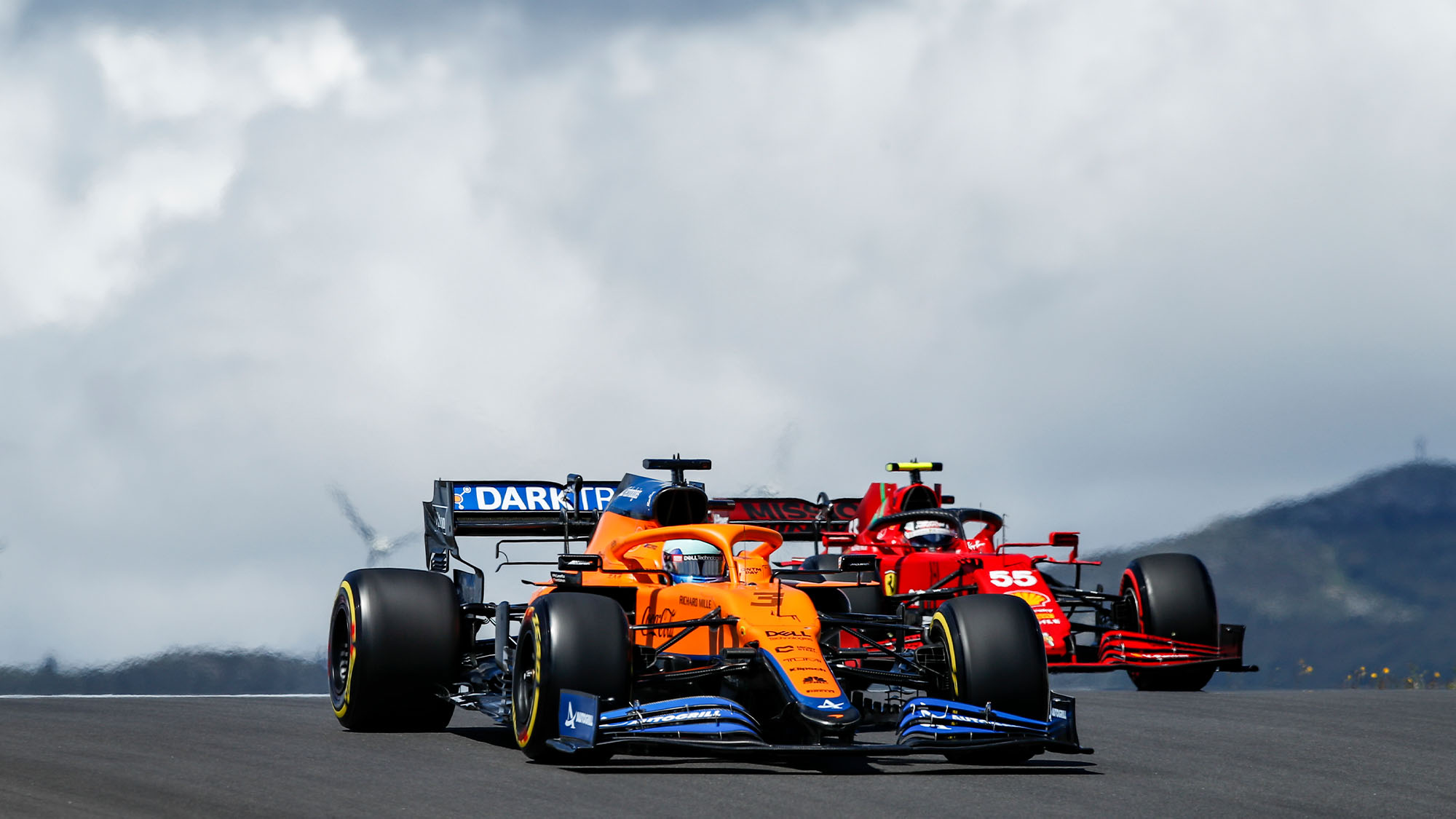 “So that was obviously for me to deal with. And I think the team also dealt with it well, they appreciate that, let’s say, the car is not probably doing everything I want it to do. So they kind of put their hand up as well. But I mean, that one I’ll take, obviously.”

Ricciardo was in determined mood on Sunday. He gained places at the start, and gained a few more after the safety car restart, and was thus immediately up to 11th.

As the race progressed he moved ahead of Pierre Gasly, Sebastian Vettel and Carlos Sainz – a group that included two others still finding their way in new teams. On the downside a few seconds were lost when he slightly overshot his pit stop, and ultimately Fernando Alonso – who he’d passed at the start – got back by.

“Today was better,” he explained. “I certainly still woke up a little frustrated and wanted to have a bit of a forceful race. And I think the first lap was good, I took a few chances, and it paid off. And it was fun.

“There were times on the medium actually, which showed really good pace. And I think there was some good promise there. And then on the hard at the end, it was a little trickier, we still managed to hold onto the points, but I didn’t have like the pace of Alonso, his pace was really, really something on the hard.