“Early cars can still be bought for less than £250,000,” explains Reinhold, “and when you think of the prices that the car’s noughties-era contemporary supercars now command (the Porsche Carrera GT, Ferrari Enzo and Pagani Zonda), that’s relatively decent value. Sooner or later, SLR prices are going to have to start rising, and lots of owners see the financial sense in upgrading and updating their cars now, perhaps with a view to a bigger return later.”

I’m sure that many of them also see the sense in the upgrades for practical reasons. I was too young to drive an SLR back when they were new, but contemporary road tests all make similar criticisms. That the regular car’s body control was soft and crude; its steering nervy and confidence-sapping; its carbon-ceramic brakes fuzzy-feelingand short on bite; and its old-school five-speed torque-converter gearbox (the only one in the Mercedes technical armoury that could handle the V8’s monstrous torque) clunky and slow.

MSO would certainly seem to have made quite a difference to the SLR’s driving experience. The SLR by MSO steers progressively and intuitively, not nervously or unpredictably. It still has a clunky gearbox and pretty rubbish brakes, although not because the latter aren’t tuned properly, but because they were Mercedes’ Sensotronic electrohydraulic stoppers, which didn’t actually put any direct physical connection between pedal and caliper. The bite problems associated with carbon brakes also figure, but MSO is working on a steel brake that might better suit the car.

The SLR is undoubtedly still at its best at a fast, intercontinental cruise, when the torque of its monumental V8 makes its tall fifth gear feel like it might be the only one you will ever actually need.

Even on MSO’s revised suspension, the SLR doesn’t exactly ride well. There’s still a certain unreconstructed grouchiness and fidget about its low-speed ride, while the dampers can grab and snatch at the car’s mass on the motorway, rather than closely cradle it. 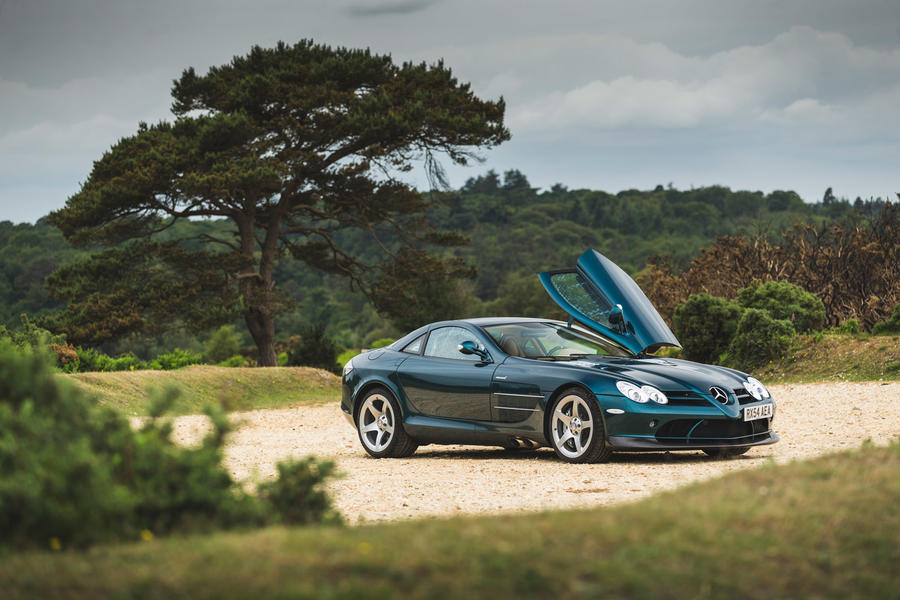