• The McLaren GT is the latest model to join the British automaker’s local portfolio.

A unique interpretation of a modern Grand Tourer: one that challenges the conventions of the category with great design, quality materials, supercar performance and exceptional driving dynamics. That is how McLaren Automotive described the new GT during its global unveiling two years ago.

According to the Woking executives, the superlight new GT combined competition levels of performance with continent-crossing capability. It was designed for distance, with the comfort and space expected of a GT, but with a superior level of agility. It is unique within the Surrey-based manufacturer’s portfolio, and, positioned alongside the Sports, Super and Ultimate Series families, it provides an exciting alternative to its existing line-up.

In creating the GT, the design team embraced the visual history of Grand Touring cars. Its exterior lines are executed according to the aero principles that define every McLaren, but at almost 4.7m, it is longer than any of its Sports or Super Series relatives.

McLaren Automotive calls it the first true Grand Tourer from the brand. This may technically be true, yet it fails to reference and recognise the car that is its spiritual forebear (and all McLaren road-cars, for that matter) – the prototype M6 GT of 1970. 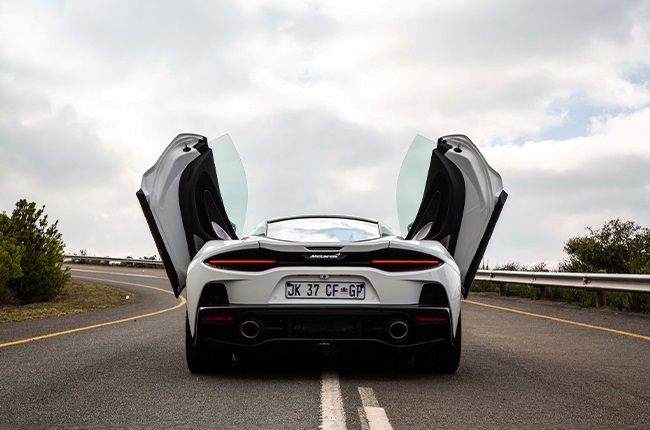 The original intention with the M6 GT was to race it at Le Mans but after encountering numerous problems with homologation, Bruce McLaren, founder of McLaren Motor Racing, turned it into a road car project. His ambition always was to build the fastest GT car once his company’s racing program proved successful.

Working out of a workshop in Colnbrook, the prototype M6 GT was designed and built by McLaren, his chief designer Gordon Coppuck and fellow director Eoin Young. The car was completed in early 1970, and two more chassis were prepared. Sadly, with McLaren’s untimely death later that year, the project came to a premature end. Though not specifically referenced, it is clear the new Grand Tourer shares much of its design philosophy with the first road-going McLaren. Visual cues include the teardrop shape of the cabin, which stretches back to encompass the rear luggage area, the dihedral doors, and the lift-up front-hinged, full-length glazed tailgate.

Compared to the low and virtually square front end of the M6 GT, the new model’s face is emphasised by a signature ‘hammerhead line’ running horisontally across the nose, muscular rear fenders for the side radiators and an integrated fixed rear wing at the back. A large rear diffuser and huge exhaust tailpipes serve as visible reminders of its supercar performance.

Back then, aluminium and fibreglass were the fabrication materials of choice and the M6 GT, according to designer Coppuck, weighed the same as a Mini but had ten times the power! Similarly, the new GT is exceptionally light, with a strong and rigid carbon fibre structure and MonoCell II-T monocoque. Its 1 530kg kerb weight is over 130kg lighter than that of its closest competitor. By all accounts, getting in and out of the low-slung M6 GT across the broad side tanks wasn’t easy (it was scheduled to be revised, but this never happened). With lower sills than some of the other McLaren models, entry and exit into the new GT is slightly easier but not comfortable by any means. While still strictly a two-seater, the cabin is roomier than its siblings’ and earns the GT moniker courtesy of luggage space between the glass hatch and woven SuperFabric material bedecked engine, combined with 150 litres of frunk storage room for a total of 570 litres of cargo space.

The rear storage area isn’t very practical, and only long, thin items such as skis or polo gear will fit. But for a paltry R220 000, you can acquire the McLaren Special Operations (MSO) luggage collection, consisting of a garment case, weekend bag, cabin bag and full-size golf bag tailormade to fit in your GT.

With a small (by modern standards) centrally positioned infotainment screen, the GT’s cockpit design is somewhat understated yet attractive. The layout needs some getting used to, though, as there is no gear lever, only buttons on the centre console for drive, neutral and reverse, and the mode selection is also perplexing. A dial on the left of the centre console cycles through the different modes (Comfort, Sport and Track), with the right dial doing the same for the engine and transmission. The dials also have their own inset buttons; an ESC button manipulates the stability control, and the M button on the right allows manual paddle shifts.

However, you cannot get them to work if you have not hit the Active button first. I do not understand why this is necessary, but (as I quickly found out) if not activated, the car will not change modes, except for accepting manual changes when you pull the large paddle shifters behind the steering wheel. Once immersed in the GT-only, electrically adjustable, and heated Napa leather seats with cashmere inserts, press the centrally placed red starter button, and the bespoke M480TE 4.0-litre V8 twin-turbocharged engine erupts into life with a throaty roar. Delivering a walloping 456kW at 5 500rpm and 630Nm of torque produced between 5 500rpm and 6 500rpm, it is loud and raucous when heard from the outside. From inside the cabin, it varies from a hum, akin to a four-cylinder, to a howl with a conspicuous turbo swoosh at speed.

Even in Comfort mode, the sound of the twin-turbo engine is distinct, and there is no hiding of this Grand Tourer’s supercar roots in any mode. Even while sedately moving in city traffic, it feels like it is tugging on the leash. And when let loose, the response is immediate.

The surge of kick-in-the-back power is relentless up to the 8 500rpm redline, with the seven-speed dual-clutch transmission rushing through the gears smoothly and quickly. Changing to Sport and Track mode brings even more fury, and the slightest jab of the accelerator converts the passing scenery to a blur. What astounded me was just how easy it has become to entice this power and performance from a supercar. There is no drama, no smoky wheelspins or missed gears. No. Just slip your foot off the brake, plant your right foot, and the car does the rest. And for consistent 0-100km/h drags in 3.2 seconds, there is Launch Control.

Positioned above the 570S and below the 720S, the GT has softer spring and damper rates than its supercar siblings and rides slightly higher (up to 130mm with vehicle lift). But its ride quality is still stiff and harsh over sharp bumps and ruts. It is in its element on smooth tarmac, but on any other surface, even Comfort mode cannot offset the jolts and judders coming through the stiff chassis. The GT’s handling is pin-sharp, more supercar-like than cruiser-comparable. Given its low mass, longer wheelbase and precise hydraulic-assisted power steering, it enchants with its immediate reactions. Front-end turn-in is razor-sharp, and the Pirelli tyres cut a precise arc through the corners. Body-roll is virtually non-existent, and even in Comfort mode, the car can handle cornering forces far higher than most drivers would even dare approach.

Herein lies the rub, though, as the GT is deceptively fast yet easy to drive, and this can lure the inattentive into a situation where even the best safety systems will not overcome the forces of nature. Luckily, the huge brakes with four-pot callipers are pretty powerful (and carbon-ceramic discs with forged aluminium callipers are optionally available). The new GT is the ultimate realisation of the dream and vision Bruce McLaren had for his company over fifty years ago when the M6 GT was conceived. It lives up to the promise of its moniker (with a supercar edge), and more importantly, it lives up to the legacy of that first McLaren GT car.

Bruce would have approved. And if alive today, the new GT would probably have been his preferred mode of road transport, following the McLaren F1 team around the racetracks of Europe. 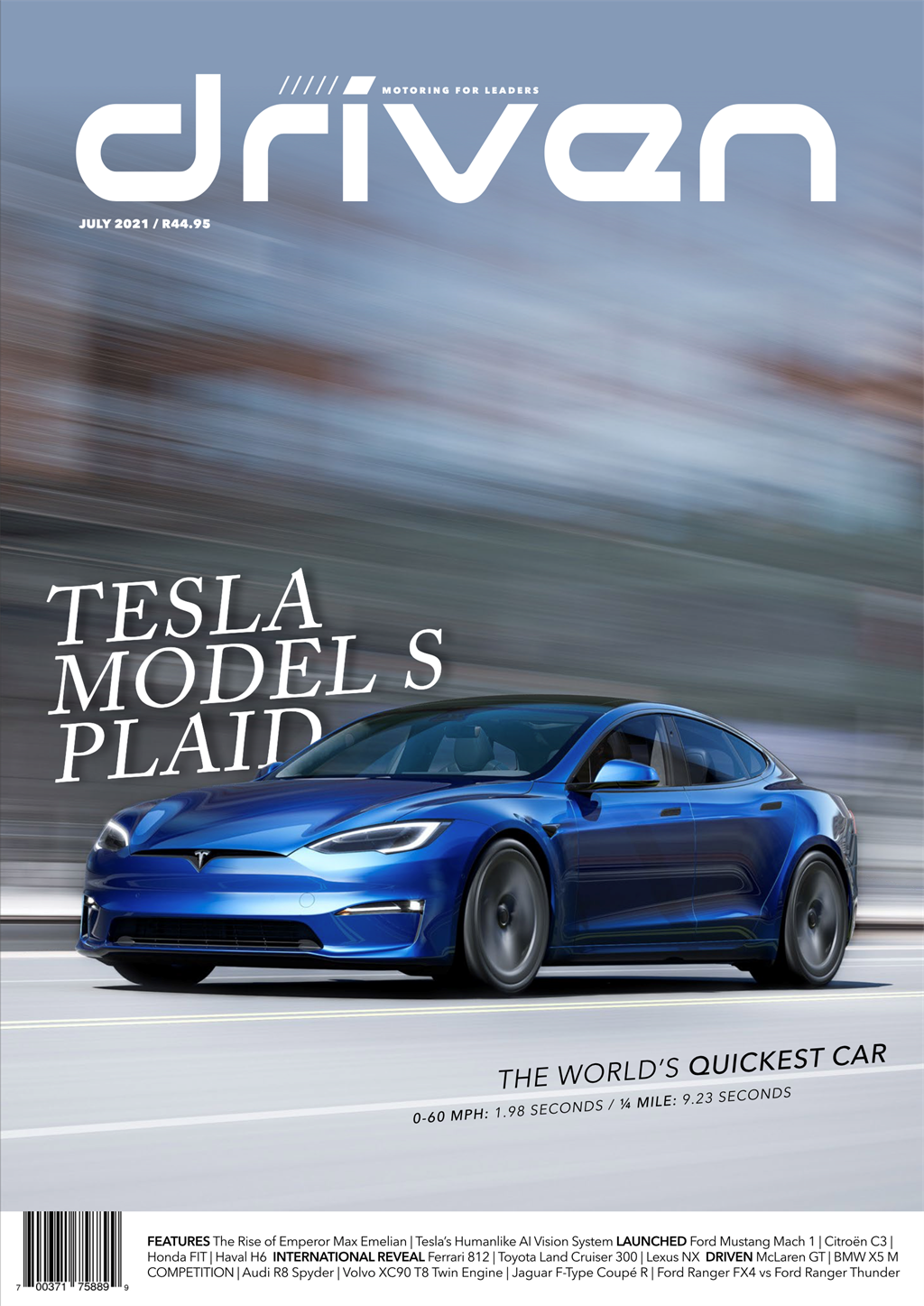