By Raven Saunt For Mailonline

A driver was counting the cost today after he wrecked his £170,000 Lamborghini Huracan by crashing into a lamp post in Birmingham.

Crowds had gathered at the scene as football fans stopped to inspect the damage while on their way home after watching the nerve-shredding penalty shootout.

The groups appeared to be more sedate than other parts of the country – including in London where riot police were called to stop disappointed supporters who were seen clambering onto street lamps and setting off flares in chaotic scenes.

Ten firefighters dashed to the crash site to help douse any flames but nobody was injured. 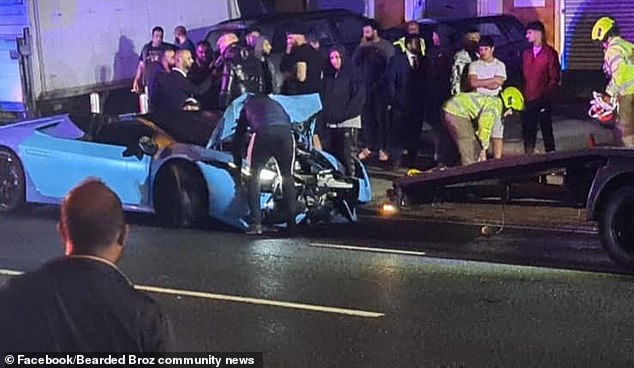 West Midlands Fire Service said today: ‘We were alerted by West Midlands Police – a Lamborghini Huracan had been in collision with a lamp post.

‘Two crews responded, one from Aston and one from Handsworth.

‘The area was cordoned off because the lamp post was left in a precarious condition.

‘The crews used a specialist winch attached to the car to remove it from the lamp post. There were signs of burning and we used a hose reel to make sure.’

West Midlands Police said they were called to a ‘no-injury RTC involving a blue coloured Lamborghini Huracan’ and had no further involvement.

Huracan prices start at £170,000 but can rise to more than a quarter of a million pounds, depending on the model.

As one of the fastest road-legal cars in the world they can top 200mph and reach 60mph from a standing start in 2.9 seconds. 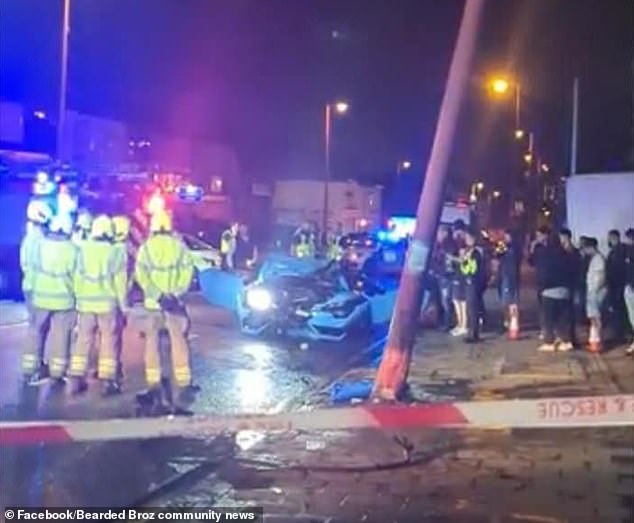 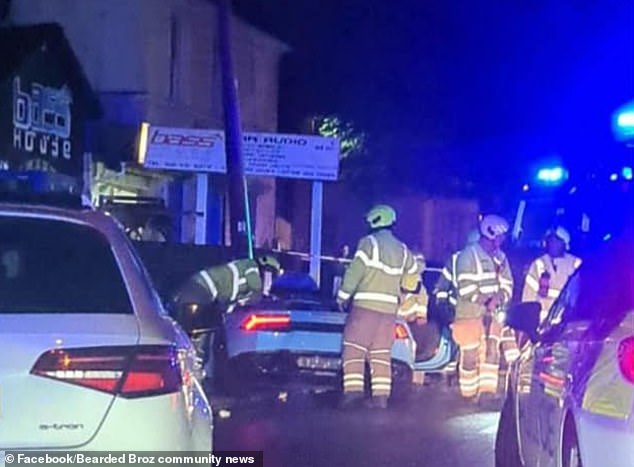 It is the second crash to involve a Huracan and a lamp post in Birmingham in less than four years.

The 25-year-old driver, who suffered a bruised pride and a cut to his nose, had hired the supercar for the day.

He told police he was only doing 30mph when he lost control, mounted the kerb, ploughed into two parked cars, hit the lamp post and came to rest on a driveway.

Fire crews and paramedics were called but he refused hospital treatment and his family came to the scene to take him home.

West Midlands Ambulance Service said: ‘The driver had received an injury to the bridge of his nose but refused hospital treatment. We gave him some pain relief and he was taken away by his family.’

West Midlands Police said there was no involvement from them.

According to the Lamborghini website, the Huracan Spyder is the ‘pinnacle of Italian taste and hand craftsmanship, a sports car concept elevated to the performance and sensation of a coupé, designed to cut through the air and become one with the sky’.

The model boasts a V10 multiple injection engine and can reach 124mph in a blistering 10.2 seconds.