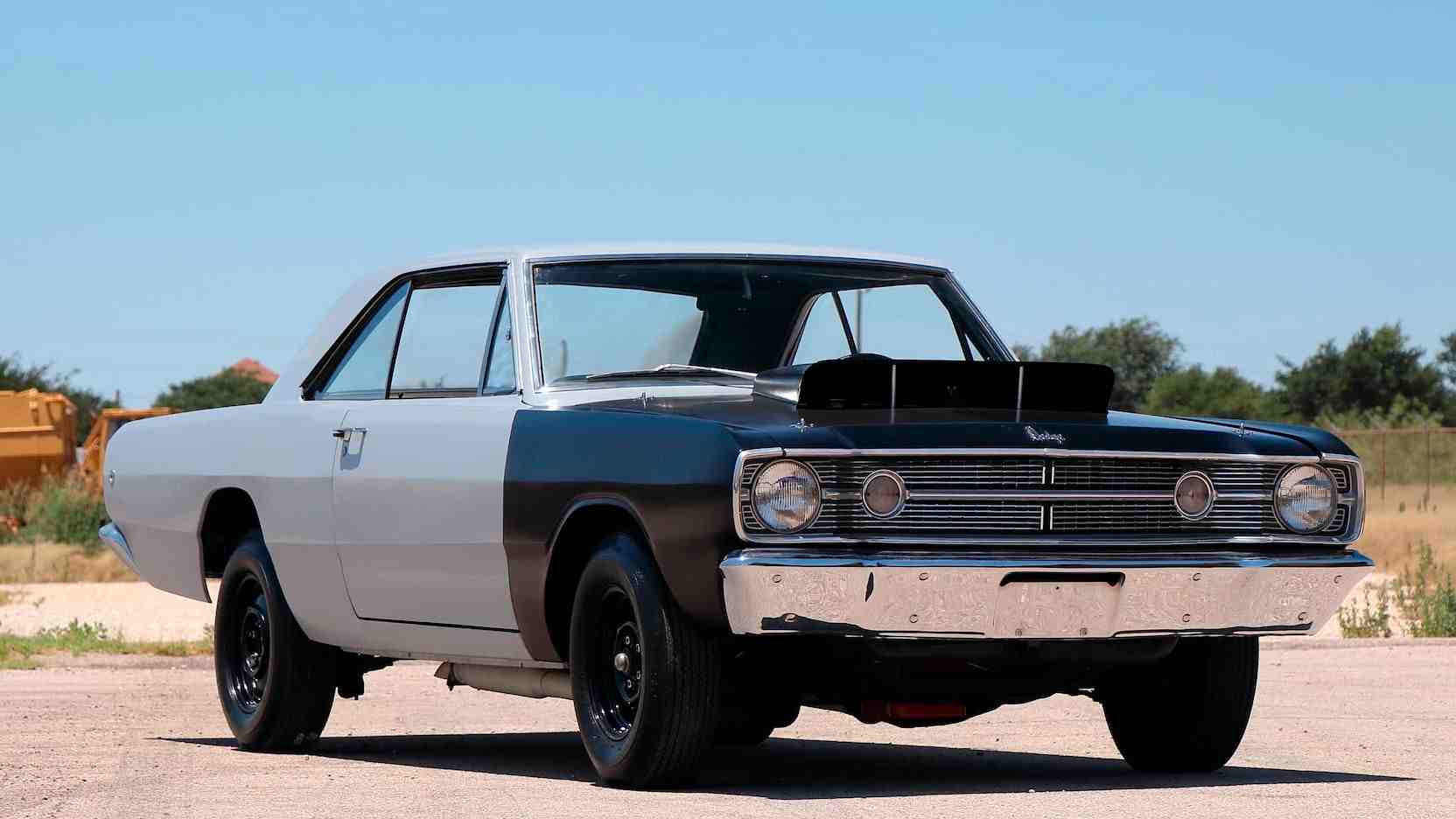 The term “spiritual successor” gets thrown around too often in the name of modern cars that don’t have much in common. But there are some concrete examples that are unmistakably related, whether that be through their platforms, designers, or badges. Cars like the McLaren F1 and Gordon Murray T.50 are perfect examples right next to relatives such as the Porsche 914 and Porsche Boxster.

The Hemi Dart is a car so rare, its identity goes unnoticed by muscle enthusiasts and unseen by auctioneers and collectors alike. So, whether you are familiar or not, this is its story.

But today, we’re honoring an American car from the 1960s whose spiritual successor has one of the most famed names in performance car history – Demon. Its literal roots could be traced back to Chrylser platforms from the mid-2000s, but a spiritual successor doesn’t require such acute accuracy, which is why the Demon’s grandfather is unmistakably the Dodge Hurst Hemi Dart, the first true Mopar factory drag car.

If it wasn’t clear that this car was the product of the American horsepower wars, well, now you know. Chrysler was well into the mix by the late 1960s with cars like the Dodge SuperBee, Plymouth RoadRunner, and Dodge Coronet. But Chrysler had lacked the racing chops that both Ford and Chevy had established by then with cars like the Ford GT40/Shelby Mustangs and the Camaro Z/28.

The car’s small stature and light curb weight compared to other Mopar products proved to be a no-brainer for a race car. Chrysler then moved forward with the idea and brought some racing help with them.

They sure as hell weren’t going to build a road racing car because that was a stuck-up European pastime, so instead, they stirred up the idea for a street-based drag car. In 1968, the Dodge Charger would debut, and they couldn’t sign off on such a radical Charger model so soon, so they reached for the “practical” option to be their lab rat, the Dodge Dart.

In February of 1968, Chrysler sent press releases to Dodge dealerships saying they were ready to build a drag-ready Dodge Dart using the infamous power of the Chrysler HEMI engine. This new breed of muscle car was targeted at the Class B Super Stock drag racing series after it eventually went on sale and would be built by Hurst.

Disclaimer: If you need to update/edit this article then please visit our help center. For Latest Updates Follow us on Google News