Though it’s hard to believe now, there was a time when Lamborghini’s Countach was relatively affordable. Back in 2001 in some markets you could pick up a decent early narrow-body example for the $50,000 it took to buy a new Porsche Boxster. But now those early cars are worth $1-1.5 million, the and even this scruffy, partly dismantled eyesore could set you back a cool quarter million bucks.

Up for auction with Historics in the UK later this month, this example is a 1982 5000S (sometimes called 500S), a model introduced that year which mated the Pirelli P7 rubber and flared arches introduced in the late 1970s with a bigger 4.8-liter engine.

This one has been owned by the vendor since 2000, and in a former life it was presentable enough to be featured on the front cover of a book about Lamborghini called ‘The Spirit of the Bull’ and to grab a spot on the UK’s Fifth Gear TV show.

Related: How Does The Lamborghini Countach LPI 800-4 Compare To The Sián FKP 37? 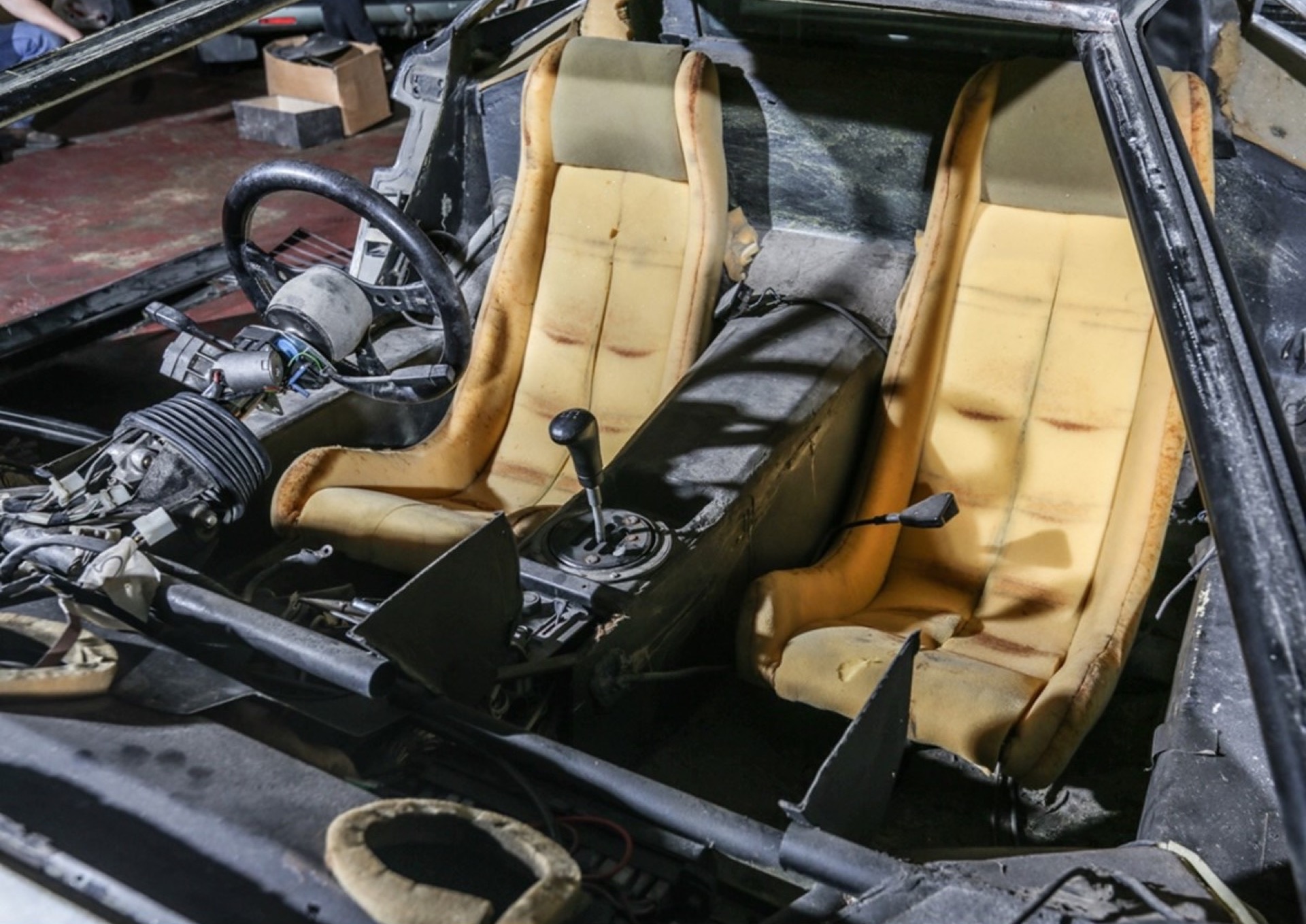 But those glory days are long gone. Although there are invoices confirming an engine rebuild and new clutch courtesy of Lamborghini London in 2004, and a chassis and suspension overhaul in 2005-6, it hasn’t turned a wheel since being stripped for paint and refurbishment in 2008. Unfortunately, the company contracted to carry out the work shut down, and the car ended up stuck in storage until recently.

The seller claims everything is there to finish the job, including a new windscreen and the boomerang rear wing, but anyone who’s ever taken on a project started by someone else knows to take that kind of assertion with a grin of salt. And even if the parts and the fiddly clips and fasteners everyone forgets about are there, you’re looking at hours and hours of labor to get it going again.

But it could be worth it. The auction house estimates it will go for between £145-180,000 ($201-250k) later this month, while Hagerty’s website suggest a finished, running car could be worth anything from $300-435,000 depending on condition. And even that upper price is far below the $2.6 million Lamborghini wants for the new Countach – which is sold out anyway. So, are you feeling brave?