McLaren has just debuted its biggest car in years with the launch of the new McLaren Artura. With this new supercar, the English manufacturer redesigns its range of cars in order to face a new stage where this Artura will be the key piece of the future of the brand. New chassis, new plug-in hybrid powertrain and new approach, but how much the new McLaren Artura costs in Spain… today we are going to find out.

Beyond the 680 HP achieved, the most notable point of the Atura as a plug-in hybrid is having adjusted its weight to 1,498 Kg

The first thing to keep in mind about the McLaren Artura is that its launch aims to occupy a wide spectrum of the market. Its design has been made from the point of view of versatility, being able to reconcile day-to-day use and driving even on the track.. To achieve this duality, McLaren’s strategy has been to bet on a supercar that is as GT as a racing car, and this affects the exterior design, how the interior has been conceived and the new plug-in hybrid powertrain, etc. The objective? create a new benchmark in its class, a category where we find cars such as the Audi R8, the Lamborghini Huracán, the Porsche 911 Turbo or the Ferrari F8 Tributo. 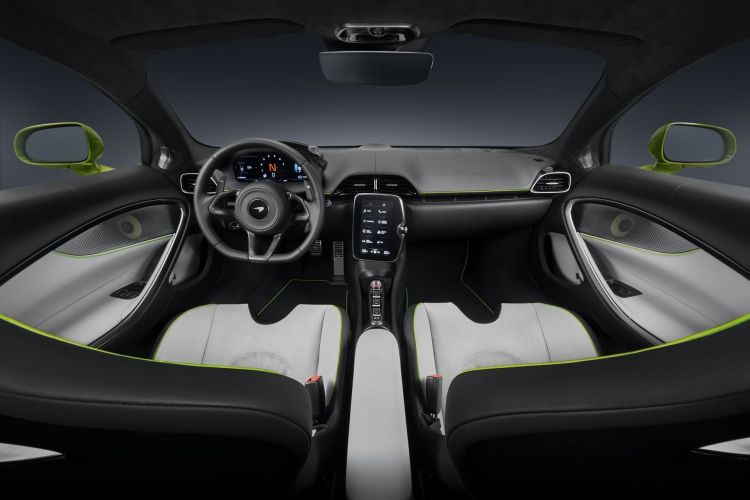 Next to the new carbon fiber monocoque chassis, the main novelty that we find is precisely in its plug-in hybrid engine. This scheme starts from a 3.0 V6 Twin-Turbo gasoline engine newly designed capable of developing 585 hp of maximum power and 585 Nm of maximum torque, a 8-speed dual-clutch automatic gearbox, an electric motor of 95 hp and 225 Nm and lithium-ion batteries with 7.4 kWh. The result of this combination is a maximum power of 680 hp and a maximum torque of 720 Nm, also offering a 30 km electric autonomy. And what does this translate into benefits? 0-100 Km / h in 3 seconds, 0-200 Km / h in 8.3 seconds and maximum speed of 330 Km / h. 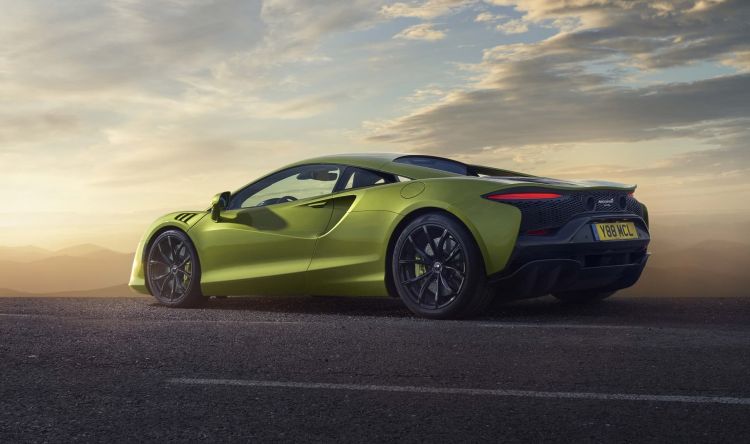 Already on sale in Europe, the McLaren Artura plans to hit the streets next June, with McLaren Barcelona as the only official dealer in Spain. The price of the McLaren Artura is 235,000 euros including taxes, although this price would refer to the simplest version of the model. Once we get carried away by the customization program offered by the brand, or even by the possibilities offered by McLaren Special Operations, that price could rise considerably.