A Formula 1 team would be nothing without a car, and it takes hundreds of dedicated people to create the cars and parts you see racing each weekend. One of the most important jobs involved with this is a CNC Machinist – someone who makes the parts necessary to race.

What is your role?

CNC Machinist. We are programmer machinists – we’re given a drawing for a part that needs making and we have to look at the drawing, decide how we’re going to make it, and then write a programme for the machine which will make the part complete.

I am an engineer, I’ve done an apprenticeship and have been doing it since I was 16, so this is actually my 45th year as an engineer. Nearly all of that has been on CNC machines, which is quite a long record!

How do you become a CNC Machining Operator?

When I finished my apprenticeship in 1980, CNC machines were quite new, it was all manual machines in those days. I was quite lucky that the company that I worked for had one of the first CNC machines, and they gave me a job working on this. In those days it was only setting and operating, there was no programming – that has only picked up since I’ve been with McLaren Racing.

I was working down on the coast in Shoreham for a firm called BOC Edwards, and I got made redundant from there. In all fairness I’d had enough of engineering, I’d already been doing it for around 30 years. I’ve always had a hobby buying and selling cars, fixing non-runners, and I just wanted to be a car dealer from home!

I said to my wife that I’d heard the MTC (McLaren Technology Centre) is the place to work at. I said, “If I can get a job at the MTC, I’ll stay in engineering, I won’t become a car dealer.” So I set myself that goal.

I came to McLaren for an interview, but it was absolutely rubbish – I didn’t have any programme experience, I’d never seen a Mazak, I didn’t stand a chance. I said to my wife, “Looks like I’m going to be a car dealer!” But I also came away saying, “I’m definitely going to get a job here.” 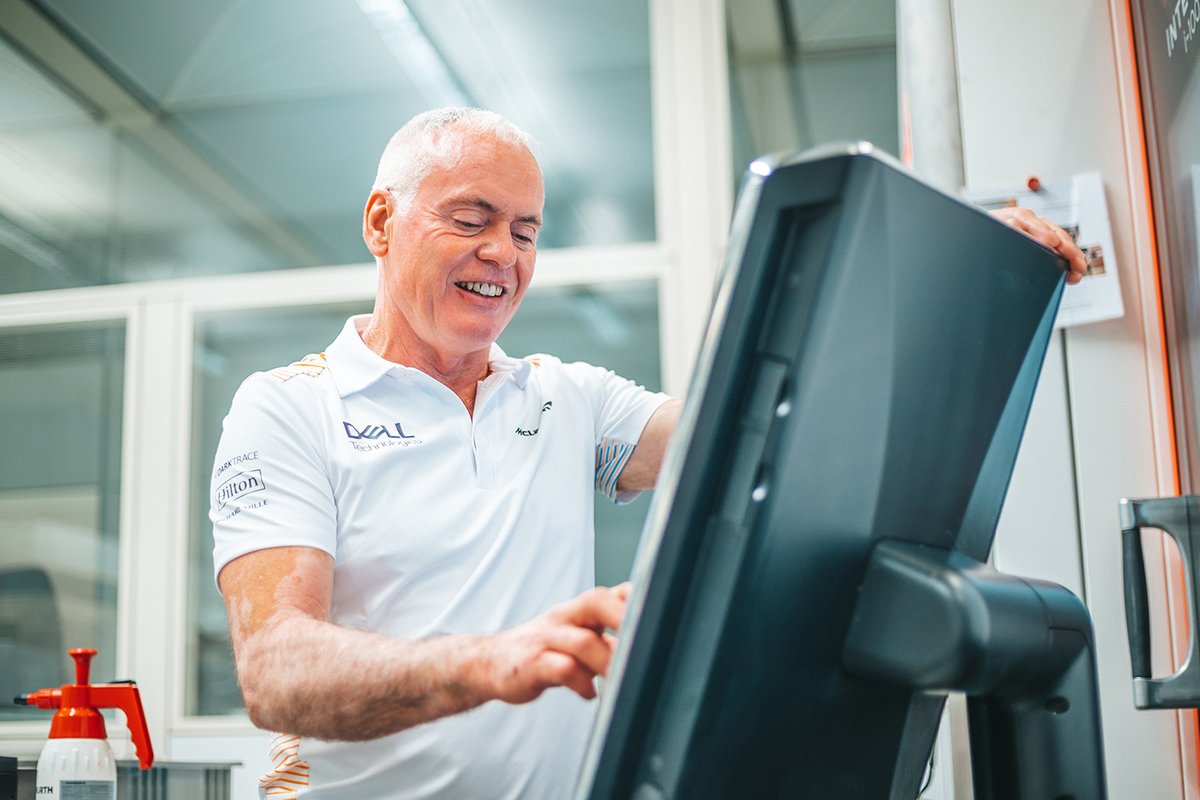 After that I had a second interview and again didn’t get the job, because I had no Mazak experience. So I took a job in the Horsham area to learn Mazaks from someone who was retiring, and finally another job came up at McLaren and I came for a third interview. Malcolm Jones [now Andy’s manager] met me at reception and said, “I’ve seen you before haven’t I?” and I said, “Yes, you have, and I told you you’d see me again.”

He must have thought I was determined, because he gave me the job. I owe a lot to Malcom – he gave me a chance to prove myself.

It still wasn’t easy in the early days because I still had a lot to learn. I only had a year’s experience, so I had to be very focused on learning how to programme the machines. I set myself a task and got there in the end.

What other skills are useful?

You’ve got to be good at Maths. You’ve also got to be a hands-on sort of person who is prepared to have a go at things.

It’s good to be a team player, McLaren Racing is all about being a team player. But one thing that is absolutely crucial is attention to detail, that’s absolutely paramount. Most engineers are all the same – they see things that others don’t see. Whatever an engineer is doing, even if it’s tiling a wall at home, they will be very precise about it.

If you’re making a race car part, it has to be right. Attention to detail is critical.

Do you go to races?

No. We’re based at MTC. We make sure we deliver everything in time to give the race team and the drivers the best material to fight on the track. And the drivers drop into the shop quite frequently for a chat. It’s always great to meet the guys.

Away from work, I do go to Silverstone. I like the day out – the occasion, the razmataz and the Red Arrows. But actually, you don’t see anywhere near as much as when you’re watching at home on the TV! 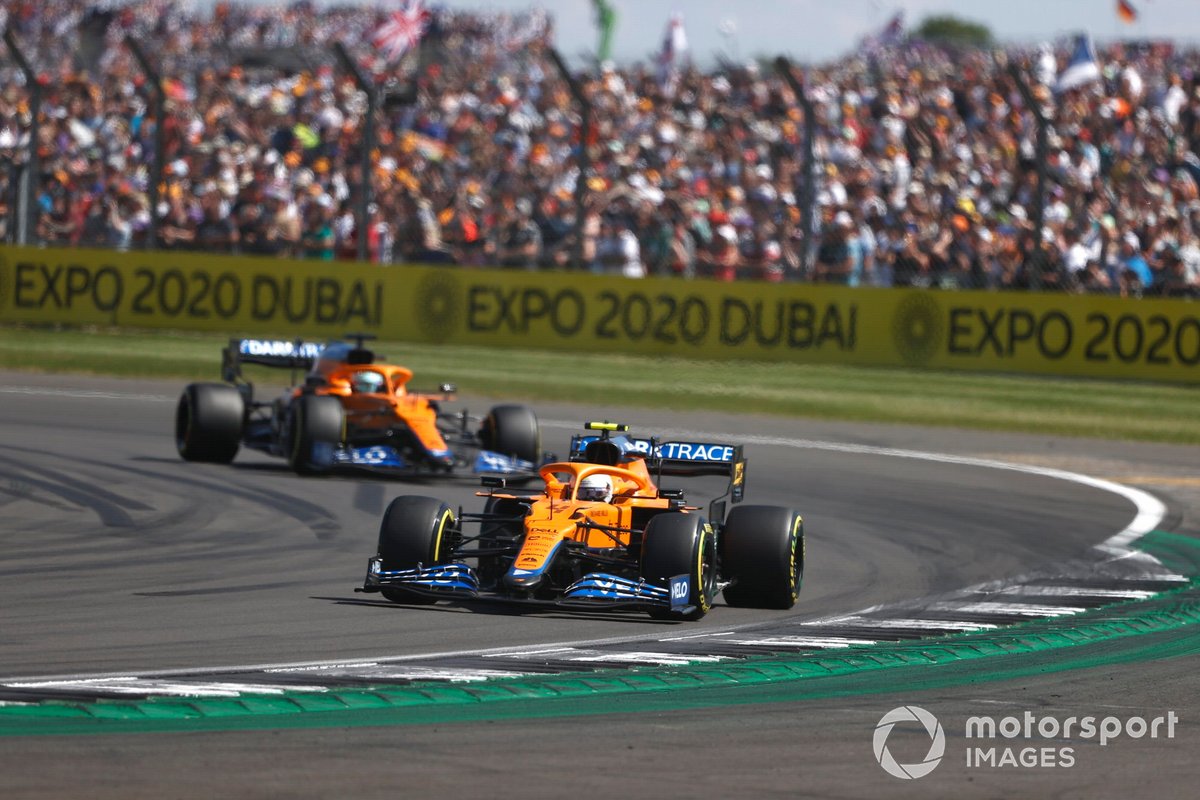 What does a day at work look like for you?

It’s a very early start in the morning! I’m up at 4:30am to leave the house for 5:30am, and I get to MTC for 6:15am. You never know what your next job is on the bench, it’s very varied. We try and run a cell of three machines, so I can have three jobs running at any one time. You can’t always get to all three, sometimes you’re tied up in one machine, so the others need to wait – you can’t divide your attention three ways otherwise you end up making mistakes.

I wouldn’t say it was a stressful day, you’re not rushing around left, right and centre, it’s fairly relaxed because it’s well organised. Everything you need is always there. One thing about McLaren Racing, they’ve never scrimped on tooling – always the best tooling to create the best parts.

You’ve got all the equipment you could possibly need, it’s unreal. This has adjusted focus in recent times and we have adopted a key strategy under the cost cap of always recycling and re-using tools where possible, focusing on the digitisation of our processes. Speed and efficiency are now king, it’s now a normal day to have an iPad working with your machine.

From the McLaren Racing People team:

There isn’t one particular qualification that you need to be successful in this role. Through early education, a focus on STEM subjects is very important. Then after leaving school or college, we have successful engineers come through a time-served apprentice route, or degree qualified in an engineering discipline. Each has its advantages and suit different circumstances.

Anything STEM related will put you in a good place, but particularly maths and science and any technology and engineering focus that your school may offer. Outside of school, there is also a lot of free STEM learning material available to support your development, as well as programmes like F1 in Schools to give you some valuable experience early on. 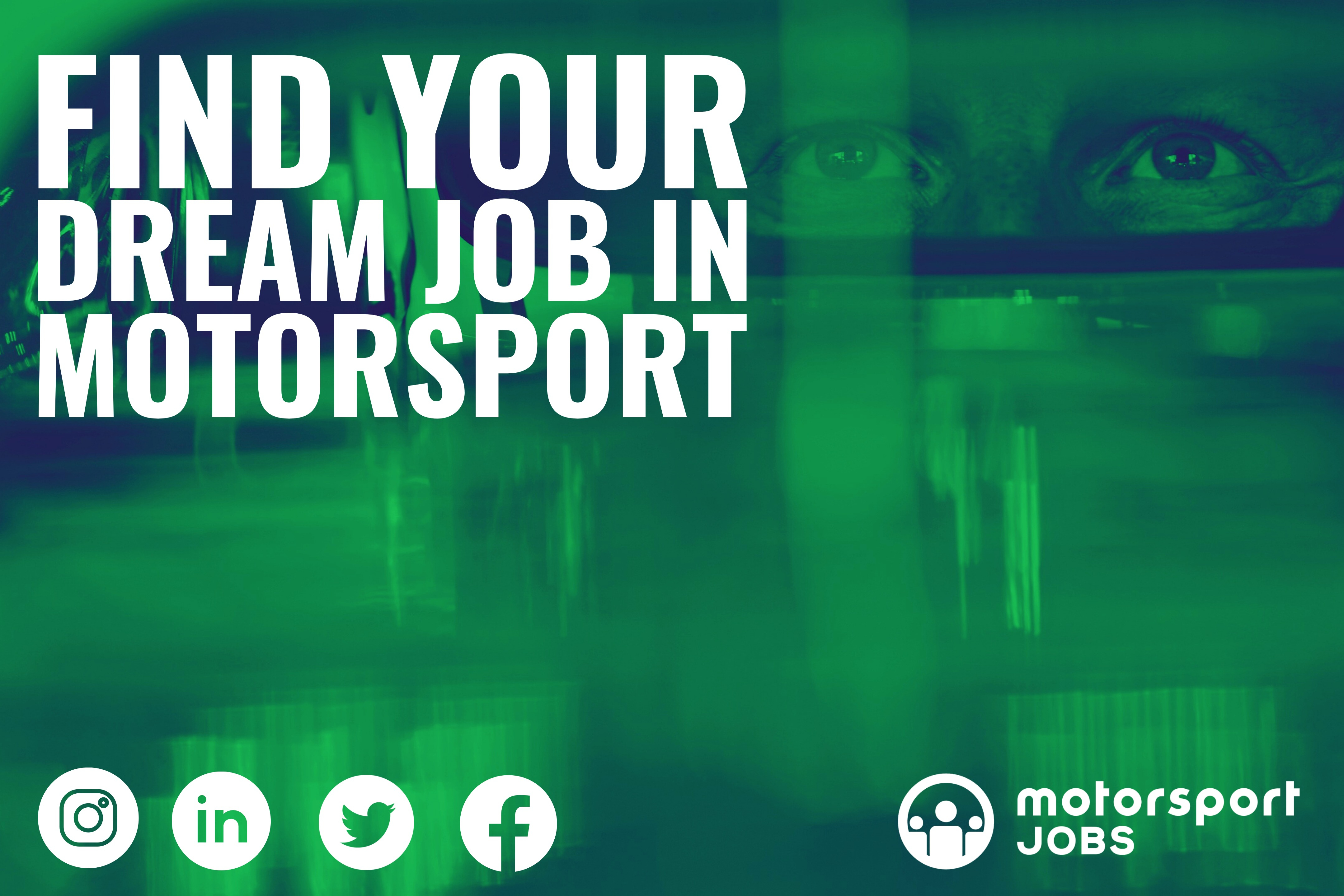