The McLaren Senna GTR is a pretty incredible car and a particularly colorful example is up for sale courtesy of McLaren Philadelphia.

Adorning the exterior of this track-only exclusive is a two-tone blue livery that features a lighter shade of blue across the lower half of the bodywork and a darker shade of blue elsewhere. McLaren also adorned it with a plethora of bright orange accents, including the front canards, wing mirrors, and rear wing uprights. There are also a set of black wheels and orange brake calipers.

Like all other Senna GTR models built, the interior is dominated by areas of exposed carbon fiber and features unique bucket seats with blue Sabelt harnesses. 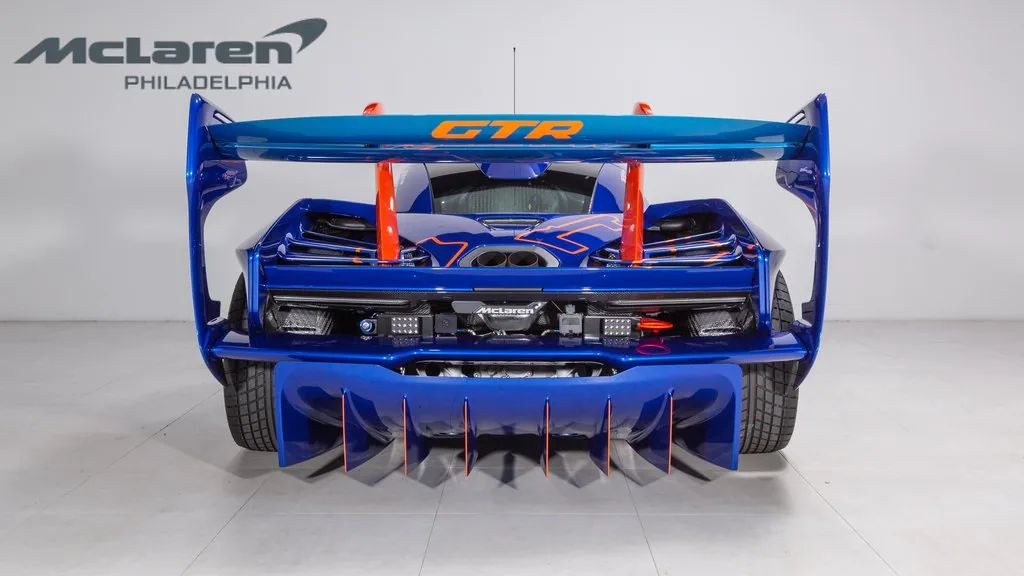 McLaren looked to its racing program when developing the Senna GTR and equipped it with a fully adjustable suspension system that allows owners to tweak the anti-roll bar stiffness, ride height, and spring stiffness.

A complex aerodynamic package was also fitted that includes a massive rear wing, a pronounced front splitter, and a menacing rear diffuser. These elements combine to produce no less than 2,205 lbs (1,000 kg) of downforce.

The listing notes that this Senna GTR has been driven just 39 miles. It has an asking price of $1.95 million, well above the car’s original starting price of around $1.4 million.