Lamborghini Squadra Corse, the sportiest division of the brand, has presented its latest machine. Is named Lamborghini Huracán Super Trofeo EVO2 and is ready to enter competition in 2022. The model benefits from “radical aerodynamic refinements” and is the “most performance version that has ever competed in the one-make cup.”

The Huracán Super Trofeo EVO is one of the most popular racing cars on the globe. With almost 1,000 drivers behind the wheel and more than 400 examples built, it has certainly been a great success for the company, and Lamborghini has no intention of ending its useful life. And is that seven years have passed ever since Lamborghini launched the original Huracán Super Trofeo in Pebble Beach, California, a version that managed to transform one of the brand’s best-selling cars to make it more successful.

The Huracán Super Trofeo EVO2, as its name suggests, represents an evolutionary step forward for the Huracán, now in its seventh year of production. The front fascia has received the biggest upgrade, with smaller headlights and some inspiration from the Sián FKP 37. The air intakes have also been updated for improve air flow and thus optimize downforce. The side panels and other components in the rear are now made of carbon fiber (previously they were composite plastic). 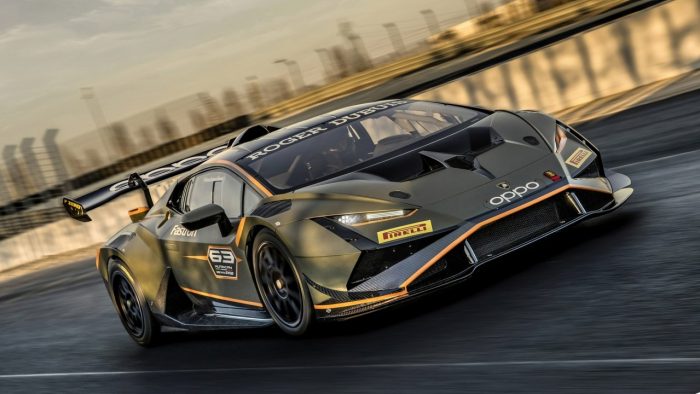 Also, the rear wings are now in one piece and include part of the spoiler, which means more continuity on the surface and a more efficient air flow throughout. As to date, behind the cabin there is a block 5.2-liter naturally aspirated V10 capable of delivering 620 hp and 600 Nm, 19 hp less than the model intended for public roads and equal torque. All that power goes to the rear axle via a six-speed sequential X-Trac gearbox that, in unison, promise heart-stopping performance.

“When we brought the Huracán Super Trofeo EVO2 project to life, we immediately thought of the concept of ‘Racing in style’. In other words, a combination of the aggressiveness characteristic of the racing Huracán and the classic styling of the Lamborghini DNA ”, declares the company’s chief designer, Mitja Borkert. More importantly, Borkert stated that the Huracán Super Trofeo EVO2 “represents a futuristic approach that partially anticipates the design elements of the next road car range”. 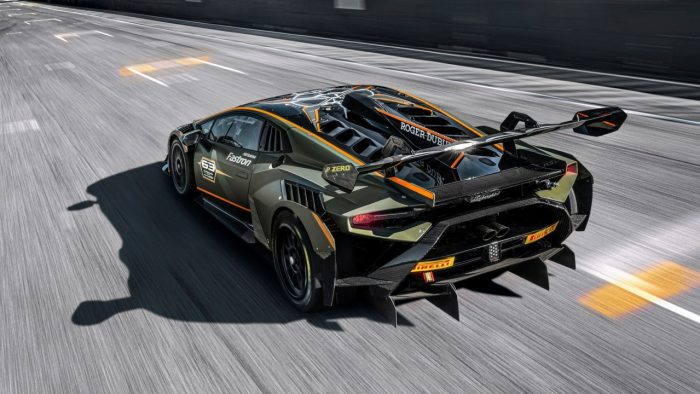 The new direction in the design will be introduced in the next years”, and they could adopt the headlight kit or the air intakes, which will echo those already found on the race car. But styling changes aside, the vehicle has been fitted with an improved braking system featuring new calipers and larger pads. The steel front discs have also been increased in size, now measuring 390 millimeters, which represents an increase of 10 mm.

The Lamborghini Huracán Super Trofeo EVO2 makes its public debut in late May 2021 and prices start at 250,000 euros (before taxes) for the European market. Yes, we know that it is quite expensive, but the company has also highlighted that those who own a Huracán Super Trofeo EVO will be able to update their cars to the latest specification through a dedicated kit that will be available in early 2022. 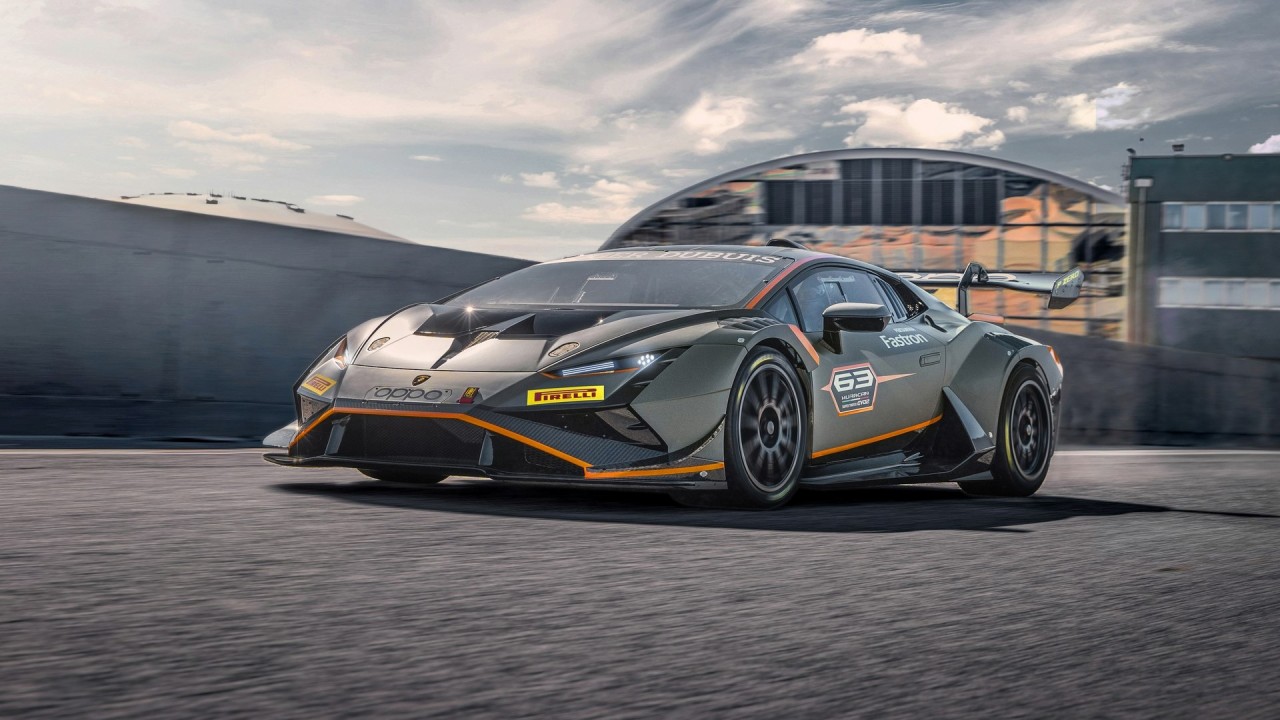