The first proper LEGO Speed Champions sets for 2021 have been revealed thanks to an online retailer, with a familiar vehicle making a second brick-built appearance.

JB Spielwaren has revealed the summer 2021 wave of LEGO Speed Champions models with car brands ranging from Koenigsegg to McLaren. Double packs, dragsters and single supercar sets make up the range in five total sets, with the release date revealed alongside them.

You can see all the sets coming to the theme in the gallery below, but one in particular might look familiar to polybag collectors.

76902 McLaren Elva is a minifigure scale version of the 30343 McLaren Elva polybag, which is the only Speed Champions model of 2021 to have released so far. The open top has been implemented with intricate detailing of the interior seats to boot.

Another of the sets is one we have seen before too with 76904 Mopar Dodge//SRT Top Fuel Dragster and 1970 Dodge Challenger T/A showing up months early in a Target store. Thankfully we now have a more detailed look at the builds within.

You can expect all the LEGO Speed Champions 2021 models to launch on June 1 according to the listings. This might be similar to other revealed summer sets, including those for Minecraft, Disney, NINJAGO, and Creator.

Keep track of all this year’s May the Fourth offers with our dedicated page, and support the work that Brick Fanatics does by purchasing your LEGO Star Wars sets through one of our affiliate links. 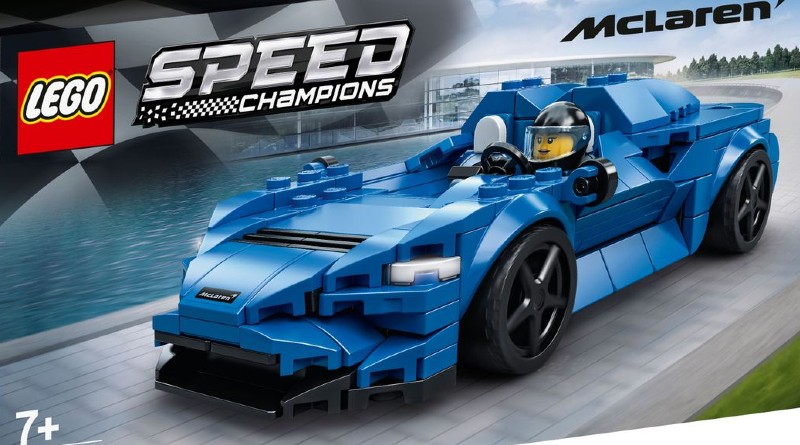