Lewis Hamilton posted the fastest time in the second practice for the Portuguese Grand Prix, giving Mercedes dual successes after his teammate Valtteri Bottas topped the first session on Friday.

The seven-time F1 champion was .143 seconds ahead of Red Bull’s Max Verstappen, and .344 clear of Bottas in warm but slightly cloudy and windy conditions in Portugal’s Algarve region.

Hamilton, who is aiming for his 100th pole and 97th win, said the conditions made it difficult to get proper grip on the track.

“Everybody was struggling with balance and sliding around,” he said.

“This afternoon it got warmer and windier so it seemed to make it harder for people to find time and work on their balance. I think it’ll be a close one this weekend.”

In the first practice, Bottas was fastest followed by Red Bull drivers Verstappen and Sergio Perez.

“Whoever finds more lap time overnight gets pole,” said Bottas, who looks for his 17th career pole. “It will be close between us and Red Bull and could swing either way.”

Charles Leclerc was fourth fastest for Ferrari, followed by Hamilton.

“Sorry for that, had to happen at some point,” the four-time F1 champion joked while laughing over the team radio. “I was wondering why there’s nobody there.”

There is a third practice on Saturday morning followed by qualifying.

The Portugal GP is the third Formula One race of the season.

Australia’s Daniel Ricciardo finished eighth after the second practice session, with McLaren teammate Lando Norris in 12th — a reversal of the pair’s placings after the first session.

“I think it was a better day, personally,” Ricciardo said.

“For me, I just felt like I got on with it from the start of FP1. Certainly, I felt like today I took a step forward in terms of just my confidence in the car and ability to hang it out a little bit more.

“We were eighth this afternoon, so we’re definitely in the ballpark. I’ve still got a bit to find but we did make a small step forward for the afternoon session. We’ll try to make another step tonight and we should be right in the mix tomorrow.” 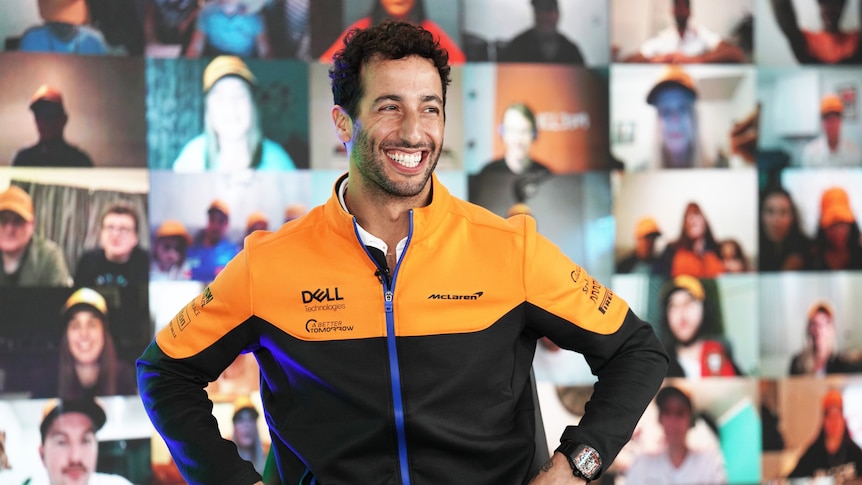 From the battle at the front of the grid to the struggle for points by the back markers, this what to look out for this weekend at the Portuguese grand prix.

Ricciardo is having to adjust to the handling of his new car at McLaren compared to his old set-up at Renault. He spoke of spending time in the simulator to help him come to grips with the cornering of the new car.

“It’s a little unique, so I’ve been working on that in the simulator and tried to put that into display today. I think that was coming and naturally just getting more confidence with the way the car slides.”

Hamilton leads the championship by one point from Verstappen with both drivers having won one race and taken one pole position each.

Hamilton’s lead is courtesy of him taking a bonus point for the fastest lap at an incident-packed Emilia-Romagna GP, which Verstappen won. Hamilton won the season-opener in Bahrain.

“It has been (close) the last couple of races, so I’m sure it’ll be an exciting qualifying and race in store,” Hamilton said.

Bottas needs to find form after a poor race at Imola two weeks ago, where he was involved in a crash with Williams driver George Russell after an overtaking move went wrong.

Scoring no points, he dropped to fifth place in the standings behind Leclerc in what could be his final season with Mercedes.