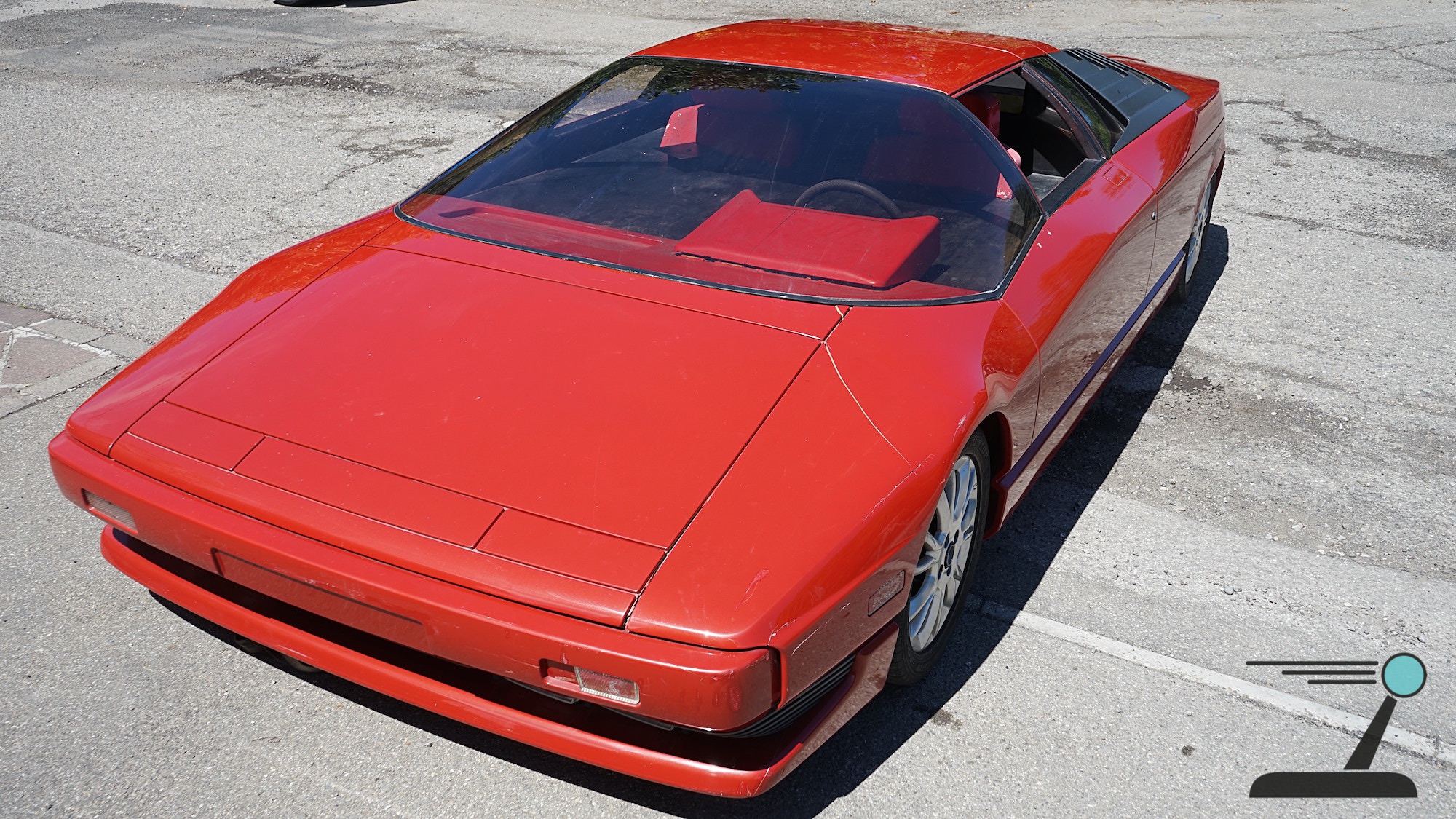 The drivetrain-less mock-up tells the story of two iconic supercars at once: the Lamborghini Diablo and the Cizeta V16T.

The design study was created based on the sketches by Marcello Gandini, the famous author of the original Lamborghini Diablo exterior. In a way, it looks like a cross between the Cizeta V16T (see video) and the Lamborghini P132, which you can find exhibited in the company’s own museum in Sant’Agata Bolognese.

The development of the Diablo model – the successor to the Countach – started 36 years ago. Maestro Gandini was once again invited to design the car, but after Chrysler bought the Italian car marque in 1987, it entrusted designer Tom Gale with a re-conceptualization of the car. Gale kept the overall Diablo silhouette intact, but smoothed out most of the sharp edges. Gandini did not like the result, and instead implemented his own artistic vision in the Cizeta V16T.

Those willing to buy a real-world Cizeta car instead are in luck, too: one of its original creators, Claudio Zampolli, resurrected the V16T in a continuation series three years ago.