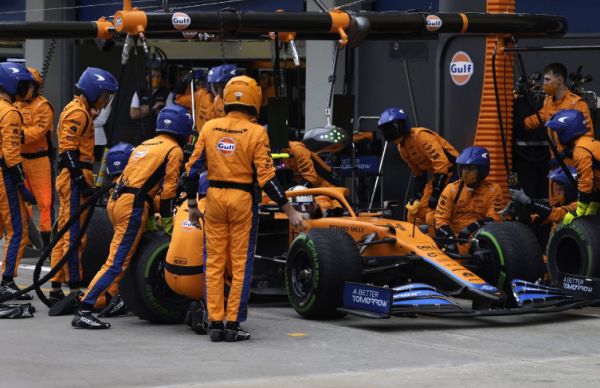 “A very long and tough race today mainly because of the conditions. It was very difficult to keep the Inters in a good window during the race, but I think we achieved everything we could in the end, so I have to be happy with P7. It was damage limitation for us at this track, but we came away with the best result that we could.

So, happy with that and we just need to make more improvements for the next one. It’s important we recover and keep pushing next time out!”

“I think we had maybe four laps in the race where we had good pace but the rest was hard. In the beginning we struggled a lot with front grip, so it was really hard to stay close to the others, and then we pitted for a new tyre. After that I didn’t have great rear grip to start and was struggling but after a while it came good. 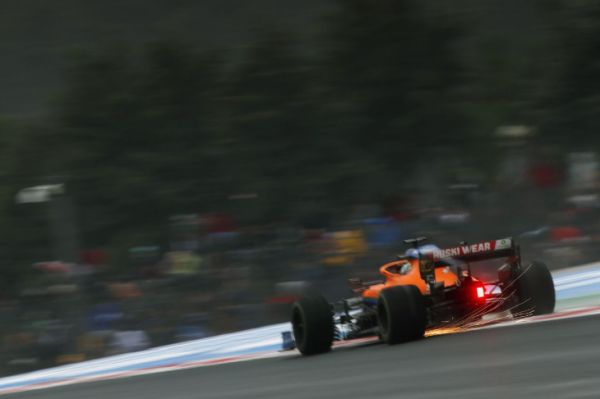 We had probably four good laps in that stint where I could feel like I could really push on the tyre, which was what I was looking for. Of the entire race, that was the positive. I got a bit excited because I thought maybe it will just keep getting better and better, but it lasted four laps and then the rear dropped away again, so the last ten laps were a bit painful, just trying to hang on.

“Obviously, we were fighting for the points and that strategy was our best chance, but it was just really unpredictable. I know others went longer, with one going the entire race on one set, but at the end I saw my tyres and they were on their last legs. Unfortunately, it wasn’t a strong race but we’ll try to analyse it. On the positive side, we’ve got plenty of brisket to eat very soon. That makes me happy, bring on Austin!”

FORMULA 1 TURKISH Grand PrixIntercity Istanbul ParkSunday, October 10th 2021Scuderia Ferrari attacked all race long to bring home 16 points, which is less than it might have been given the potential shown on track more >>

FORMULA 1 TURKISH Grand PrixIntercity Istanbul ParkSunday, October 10th 2021Alfa Romeo Racing ORLEN produced a strong race at the 2021 Turkish Grand Prix, with Antonio Giovinazzi and Kimi Räikkönen just missing out on the points in 11th and 12th after fighting their way from the back of the grid. more >>

Lewis Hamilton went fastest in qualifying for the 2021 Turkish Grand Prix but will take a 10-place grid penalty for his Mercedes engine change, meaning P2 qualifier Valtteri Bottas will start on pole position on Sunday ahead of Red Bull’s Max Verstappen.

FORMULA 1 TURKISH Grand PrixIntercity Istanbul ParkSaturday, October 9th 2021 Q1. The forecast was for rain after the first five minutes. All the cars queued up at the pit lane exit to get out immediately on Soft slick tyres. The cold tyres made li more >>

FORMULA 1 TURKISH Grand PrixIntercity Istanbul ParkFriday, October 8th 2021 Dave Robson, Head of Vehicle Performance: As we had hoped, the track conditions are much better than last year, and this has allowed us to more >>

FORMULA 1 TURKISH Grand PrixIntercity Istanbul ParkFriday, October 8th 2021Alpine F1 Team finished with both cars inside the top ten in both Friday practice sessions at Istanbul Park, as preparations got underway for the ninth edition of the Tu more >>

Esports (aka electronic sports) have emerged as something of a social phenomenon and sim racing – the branch devoted to motorsport games – is enjoying exceptional growth. Alpine in actively involved in this sport which is far less ‘virtual’ than some may imagine. more >>

Alpine F1 Team is in Istanbul for the sixteenth race of the 2021 FIA Formula 1 World Championship, the Turkish Grand Prix. The circuit • The 2020 Turkish Gra more >>

Scuderia AlphaTauri is pleased to announce that Casio Computer Co., Ltd. released EDIFICE Scuderia AlphaTauri Limited Edition of high-performance chronographs based on the brand concept of “Speed and Intelligence.” The EQB-1200AT, EFS-S580AT, and EFR-571AT employ a dial made from 6K carbon* and are the third set of collaboration models designed with our race team. more >>