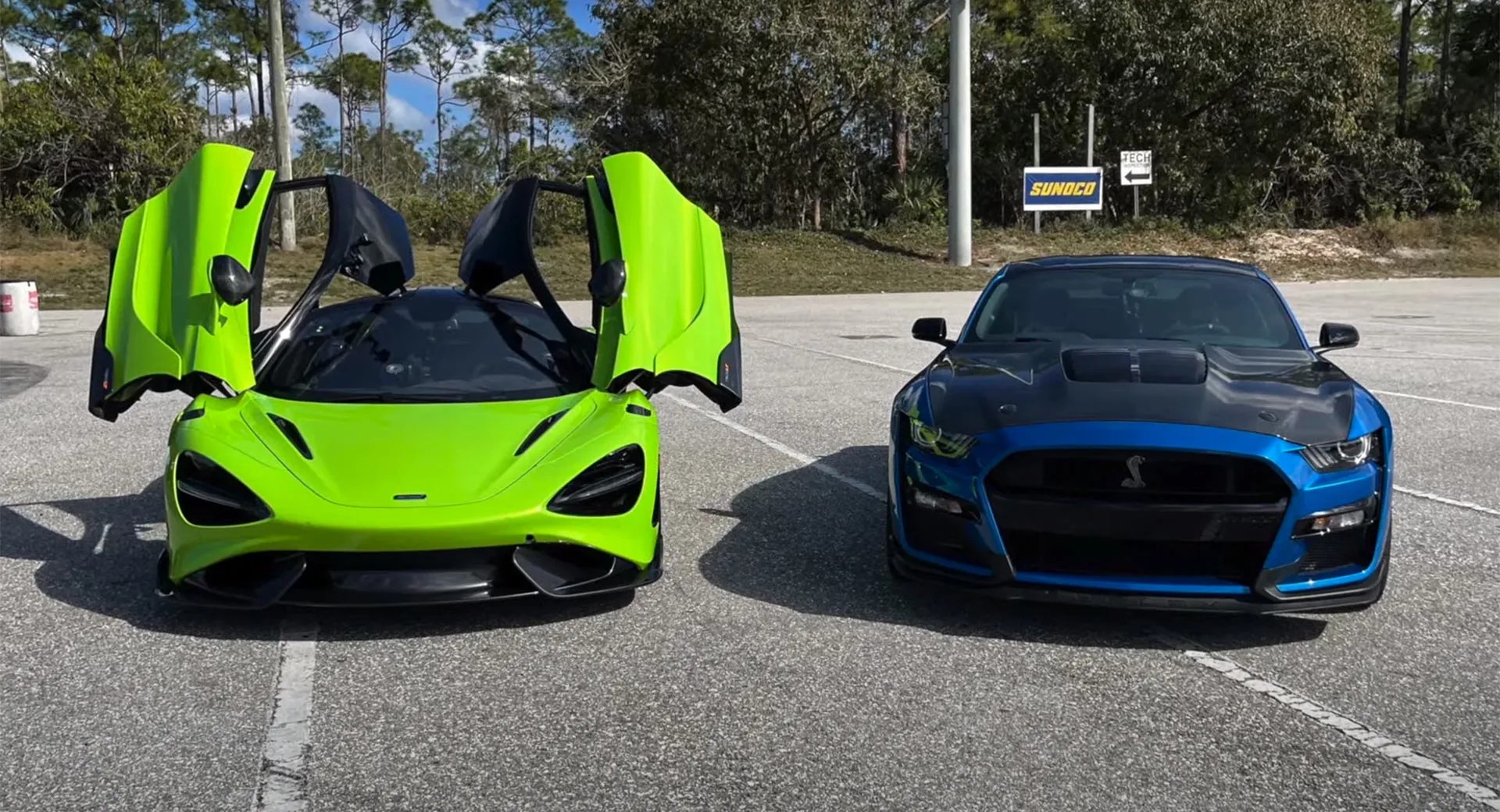 The McLaren 765LT may be the fastest-accelerating mass-market supercar out there, but acknowledging it was too much to ask from the owner of this insanely tuned Ford Mustang Shelby GT500.

The ‘stock’ Shelby Mustang – if such a term even applies at all – hits the rear wheels with 771 PS (760 hp / 567 kW) thanks to a massive supercharger and racing-grade powertrain components. The subject of today’s video packs an even larger supercharger, a new exhaust system, and all the optimizations needed to use racing fuel. The nominal output is estimated at 1,250 hp (1,267 PS / 932 kW), out of which around 1,110 hp (1,126 PS / 828 kW) makes it to the asphalt via the rear wheels.

In turn, the McLaren 765LT looks rather pale in comparison with its four-liter twin-turbo V8 spewing out 766 PS (755 hp / 563 kW) at the crank. Having said that, the manufacturer went for understatement here, because dyno tests suggest the actual output exceeds 850 PS (838 hp / 625 kW). Then again, the Ford still looks like the favorite of the race on paper.

Watch the video that sees the ‘Stang face off the British supercar in as many as five races, the last one attended by a particularly evil tuned version of the McLaren.