Frank Stephenson was there when McLaren Automotive first kicked off with the original MP4-12C.

Even though he’s moved on now, he’s taking a look at the firm’s latest supercar, the plug-in hybrid Artura, and he likes it.

Calling it a design follow-up to the 570S, he says that the car simplifies the design, and makes it more cohesive and better. In fact, he says that McLaren is teaching the Italians a lesson in design with the Artura.

“I think the Artura is a fantastic statement of great design for McLaren,” says Stephenson. “The Artura really hits it on the bullseye.” 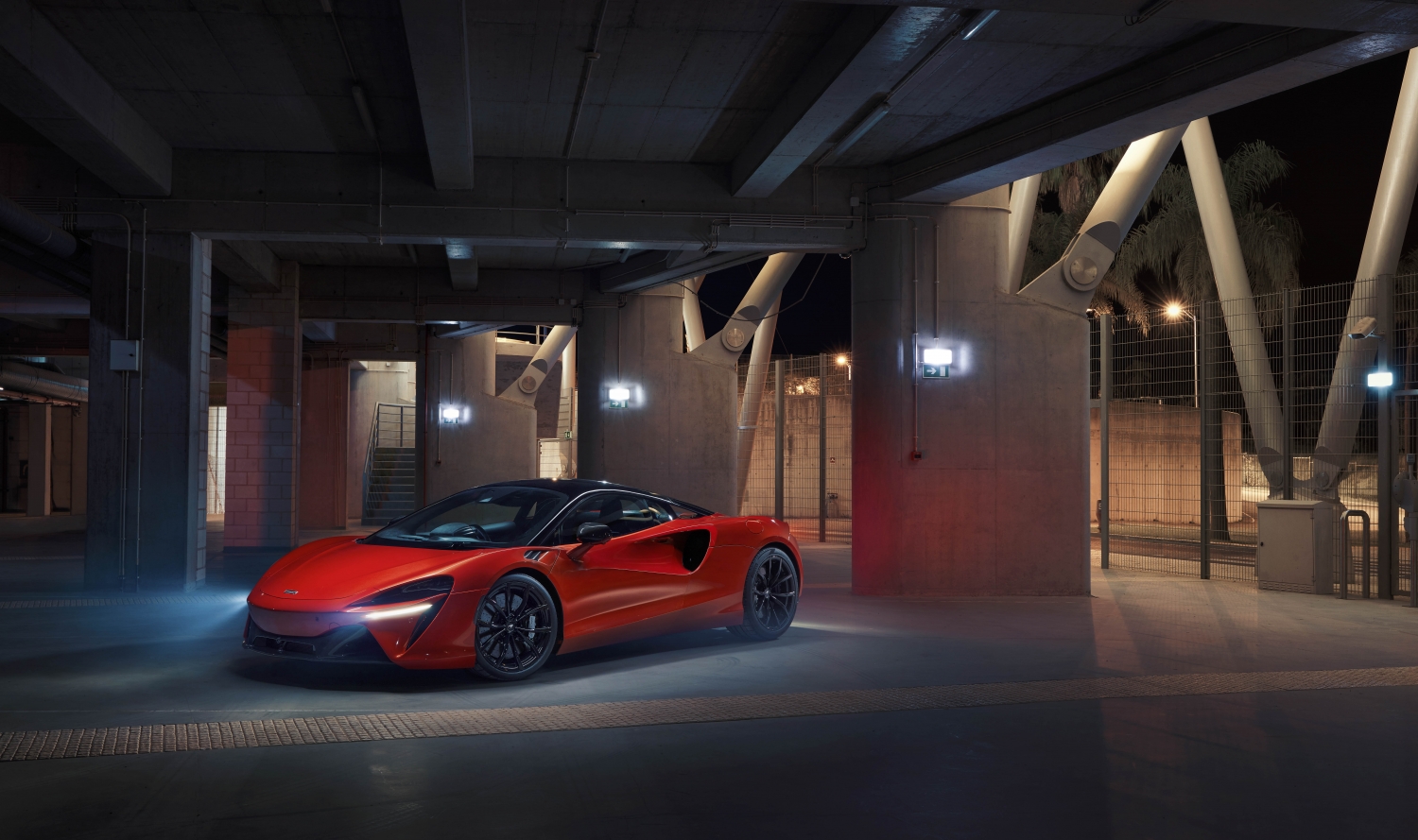 He does have some notes, though. Although, generally speaking, he likes the car’s front end, he worries that the headlights are recessed too deeply into their sockets. “The eyes, typically, create the emotional perception of the vehicle,” he says. “Perhaps this car shouldn’t look overly aggressive, at least in this segment here.”

Nor does he like the LED light signature below the headlights, saying it interferes with the waving shape behind it (that, incidentally, he is a big fan of).

Although he has a few more nits to pick, Stephenson is glowing about the overall design of the car calling the side view a success and the rear view stunning.

He points out that the Artura’s tail is very reminiscent of the McLaren P1 and, it seems, his only complaint is that it didn’t go far enough in alluding to that car. The designer says he would have replaced the taillights with P1-style lights that outline the rear grille.