When McLaren pulls the covers off its new MCL35M at its Woking factory this evening, the expectation is of it being Formula 1’s most different car of 2021.

With teams forced to carry over their chassis from last season to this one, as part of cost-saving measures introduced in response to the coronavirus pandemic, the scope for radical overhauls are quite limited.

McLaren’s switch from Renault to Mercedes engines, however, has forced it to do quite a lot with its upgraded car.

With power unit packaging being a core component of current F1 design, and manufacturers each having unique approaches to their overall concept, McLaren has had to make some significant changes.

That much was made clear by the team last month when it talked about where its focus had been over the winter.

“Whereas every other team will carry over most of its car from last year into this year, our switch to the Mercedes power unit means that’s not the case for us,” said McLaren production director Piers Thynne.

“It’s driven a huge amount of change and, essentially, we’ve been building a new car. The number of new parts on the MCL35M is about the same as when we built the MCL35.”

But while the extensive changes to the chassis, gearbox housing, cooling layout and electrics have all been prompted by the Mercedes move, McLaren will not be immune to other factors forced on other teams. 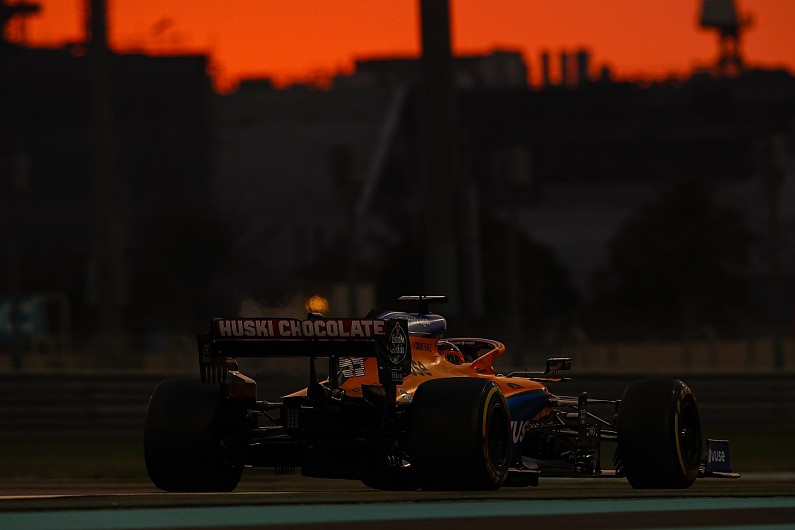 The main challenge thrown at everyone is the new aero rules that have been introduced by the FIA to cut downforce – and help limit some of the stresses being put through tyres.

The changes to the floor and rear of the car have a much bigger impact on car performance than how they look – and could well become a talking point in the early part of the year.

For McLaren, they come against the backdrop of its targeting some key areas of improvement for the MCL35M which it hopes will help it try to repeat its top three finish in the constructors’ championship.

For while the car was strong in high-speed corners and under braking, there were some inherent weaknesses that it hopes to address.

Speaking about these, technical director James Key said: “I think in terms of weaknesses, we still need to improve ourselves a bit in low speed. It’s not quite as weak as it was [in 2019], and that was one of the big pushes to try and improve that low speed, balance and consistency that we had in certain types of low speed corners.

“Then, in some conditions, the car doesn’t perform quite as well as we’d like it to – and that’s in some weather conditions or some grip conditions, which we can kind of see in the data.”

McLaren is set to reveal its new car in a launch at 7pm UK time. For the latest news and insight from the launch, follow Autosport.