NHS staff in England could be offered a three per cent pay rise, despite the government saying only one per cent was affordable.

The offer, which is expected to attract criticism for being too low, comes after the independent NHS Pay Review Body looked at evidence submitted by ministers as well as unions such as the Royal College of Nursing (RCN).

Unite national officer for health Colenzo Jarrett-Thorpe said: ;If the Pay Review Body is recommending a three per cent pay rise, it is a small step forward on the insulting one per cent the government offered in March. However, this recommendation in no way recognises the 19 per cent drop in real earnings that many NHS workers have endured in the last decade. It doesn’t match the four per cent the Scottish government offered to NHS workers backdated to December 2020.’

Ministers are preparing to outline their proposals to Parliament for solving the ‘serious challenges’ caused by the Northern Ireland Protocol.

Boris Johnson used a phone call on Tuesday with his Dublin counterpart Micheal Martin to urge ‘pragmatism’ in order to mend the issues being created by the post-Brexit terms, as reports suggest the UK will put itself on a collision course with the European Union over its mooted solutions.

The Financial Times said Brexit minister Lord Frost, who is due to give a statement to peers on Wednesday, will outline a strategy that seeks to eliminate most checks on goods travelling between Great Britain and Northern Ireland.

The world’s richest man wanted to say thanks to the people who made his brief trip into space on Tuesday possible. But for some, Amazon founder Jeff Bezos’s expression of gratitude went over like a lead rocket.

‘I want to thank every Amazon employee, and every Amazon customer because you guys paid for all this,’ the 57-year-old said during a news conference after becoming the second billionaire in just over a week to ride in his own spacecraft.

Labour groups and Amazon workers have claimed the company does not offer its hourly employees enough break times, puts too much reliance on rigid productivity metrics, and has unsafe working conditions. Robert Reich, former secretary of labour under president Bill Clinton, tweeted: ‘Amazon workers don’t need Bezos to thank them. They need him to stop union busting — and pay them what they deserve.’

Ministers announced a consultation to allow drivers to take one test to drive both articulated and rigid lorries as part of a package of measures.

The logistics industry is facing an estimated shortfall of around 100,000 HGV drivers due to the pandemic and following Brexit. 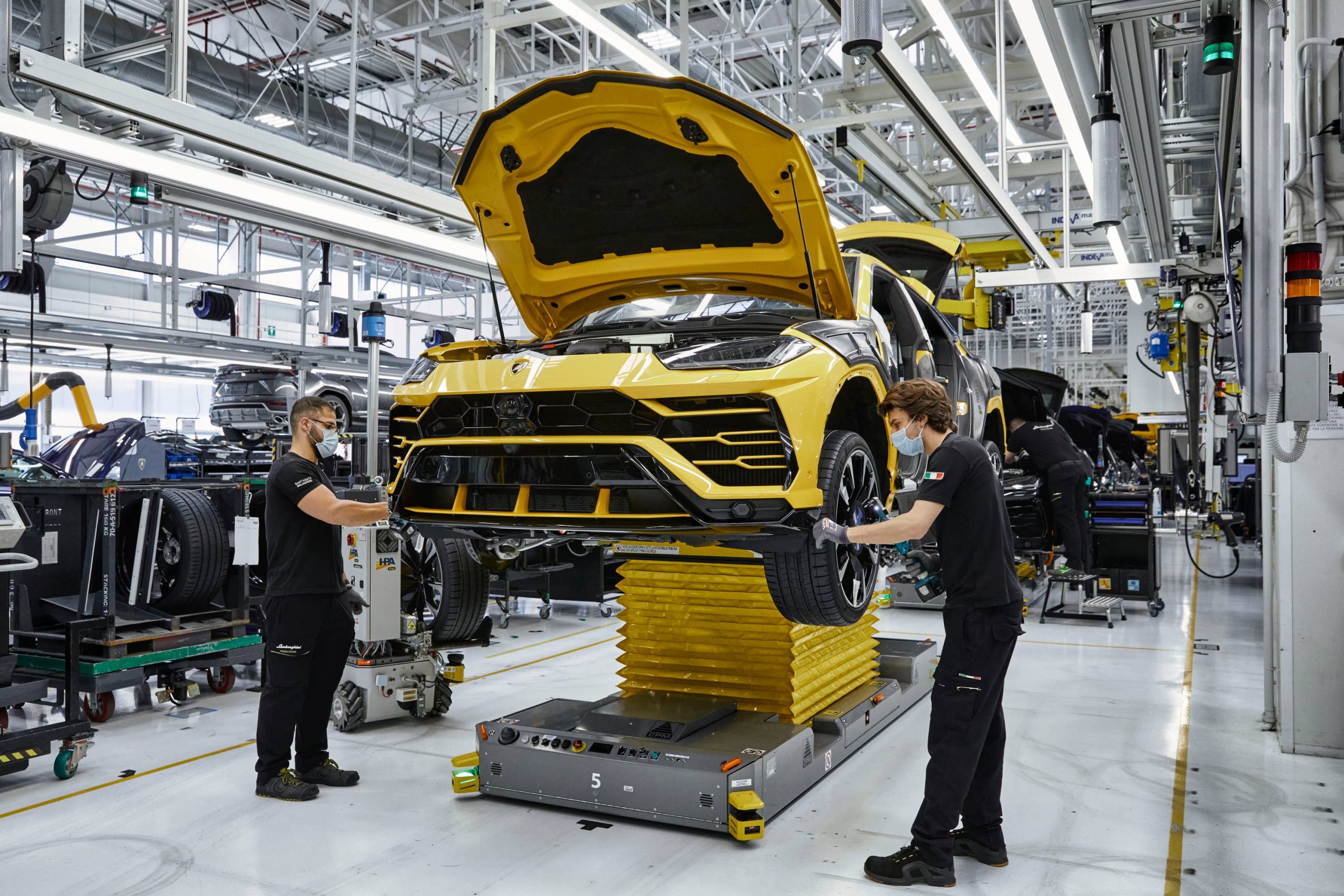 Lamborghini has announced a new production milestone for its best-selling model.

The Italian luxury car maker has built 15,000 examples of the Urus SUV in just three years of production, making it the company’s highest-produced model in the shortest time.

The Urus with chassis number 15,000 is a right-hand-drive model bound for the UK, and is painted in a grey shade called Grigio Keres Matt from the Graphite Capsule collection of colours. It also has green accents across the bodywork, while the interior is a two-tone design with a black and green theme (pictured top). Full story

Downing Street has not denied that National Insurance contributions could be increased to fund a new social care plan, in a move that would break a Conservative manifesto pledge.

Boris Johnson is reportedly considering plans to raise National Insurance payments by one percentage point for employers and employees to raise £10bn a year to help support the ageing population.

The prime minister is yet to get a deal over the line but is understood to be close, and has declined to rule out tax rises to pay for his long-awaited social care reforms.

EasyJet ramps up flights, but bookings remain under pressure

EasyJet has said it expects to fly around 60 per cent of its pre-pandemic programme over the peak holiday season, but revealed last-minute bookings mean fewer than half its summer flights have been sold.

The low cost carrier’s capacity for the July to September quarter marks a sharp increase after it flew just 17 per cent of 2019 levels in the previous three months.

It said the reopening of travel in continental Europe and easing of restrictions for the fully vaccinated in the UK will drive a marked rebound in demand in its fourth quarter to September 30. But the trend for customers to leave bookings until the last minute means its flights are just 44 per cent sold for July to September, down from 69 per cent in the same quarter of 2019.

HMV commits to high street with plans for 10 new stores

HMV has said it plans to put its faith in the UK high street by opening 10 more stores this year.

The boss of the entertainment retailer said it will seek to incorporate more live music into its stores as part of its investment into bricks and mortar sites.

Get more from Car Dealer

The company, which opened its first store on Oxford Street in 1921, said Ed Sheeran will perform a centenary concert at the HMV Empire site in Coventry to 700 customers in August. Doug Putman, the Canadian retail boss who bought the business in 2019, said the move was not a ‘reversal’ of HMV’s decision to exit the music venue sector in 2012.

The Met Office’s amber extreme weather warning will remain in place as parts of the UK will continue to see very warm weather today. Most parts of the UK will be hot and sunny but it’ll be cloudier in the northeast, reports BBC Weather. The odd thundery shower will develop in places.

Plenty of sunshine tonight leaving dry and clear conditions for most of the night, though low cloud will develop in northern and eastern areas.