Few cars whet the appetite of petrolheads quite like the Porsche 911 GT3 RS and while one could argue the sports car is pretty much perfect from the factory, that hasn’t stopped tuner 1016 Industries from trying to make it even better.

The company recently finished working transforming one 911 GT3 RS, which now boasts both visual and performance changes. The most obvious aspect of the car that makes it stand out is, of course, the wild white, silver, black, and Grass Green livery, but look a little closer and you will notice a plethora of carbon fiber components. 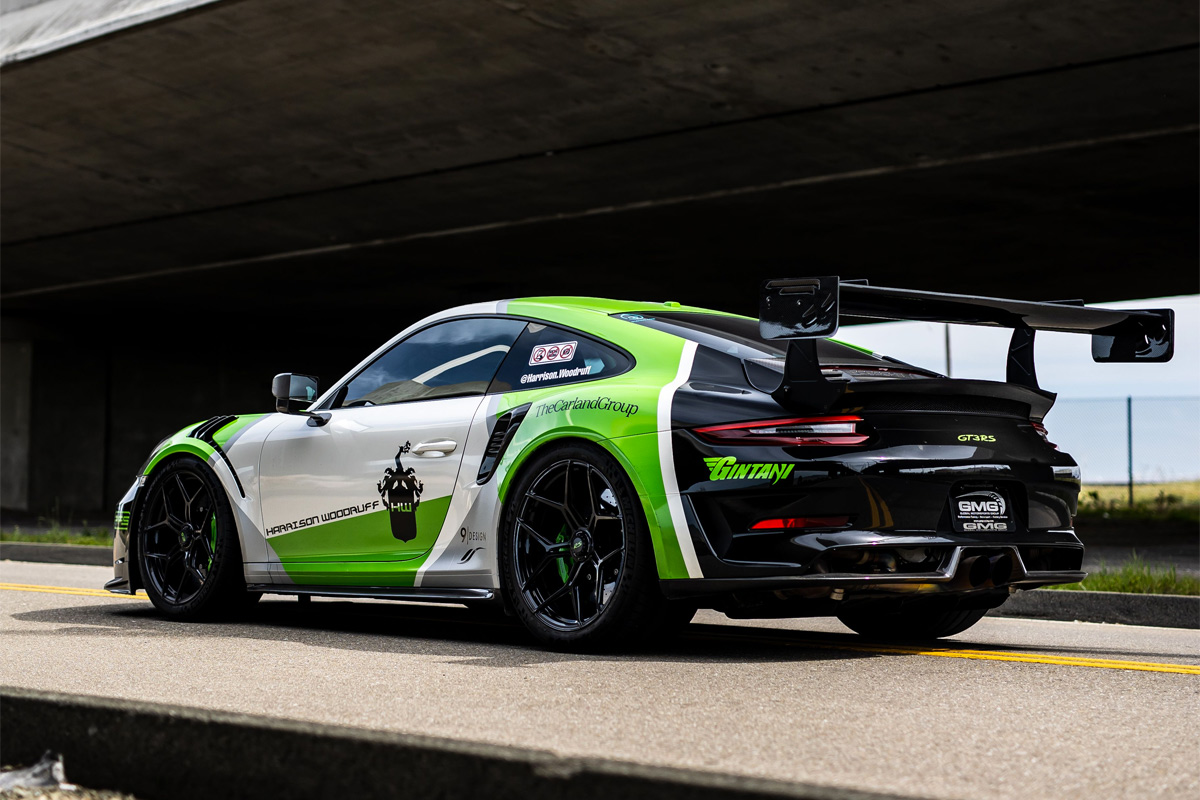 Among the parts fitted by 1016 Industries are new front and rear bumpers, a carbon hood, and carbon intakes, ducts, and wing mirrors, which look very similar to those of a 911 race car. The carbon fiber rear wing is also very similar to that of the 911 GT3 Cup. The car has also been fitted with a unique set of wheels that sit over a set of brake calipers finished in Lizard Green to match the livery.

Complementing these visual alterations are a handful of performance upgrades, including straight-pipe headers, a bespoke mid-pipe, and an engine tune that increases the output of the naturally aspirated 4.0-liter flat-six to over 580 hp. Found inside are a bright green roll cage and a radar scanner, fitting for a car that will no doubt be driven hard (and fast) on the street.