Daniel Ricciardo admits he wanted “even more” despite a stronger qualifying at the British Grand Prix.

After dropping out in Q2 in both races in Austria, the Australian finished just 0.003s behind McLaren teammate Lando Norris in seventh at Silverstone on Friday.

But while Ricciardo was happy to be back on the pace, the close gaps ahead of him still left him ruing those final few tenths.

“It’s overall definitely a better day,” the 32-year-old, who celebrates a decade since his Formula 1 debut at Silverstone in 2011 this weekend, told Sky Sports.

“I’m a little frustrated because I feel like there was a little bit more. I think we had a bit more in the last run and looking at the times I think Charles [Leclerc] was maybe half a tenth in front in P4 from memory, so I feel like that was achievable.

“Looking at the last few qualifyings, for sure everyone would be like ‘it’s a lot better’ and it is. But maybe that’s why I’m frustrated because I feel like there was even more today. I’m somewhat in the middle at the moment.”

This weekend’s new F1 Sprint format has meant drivers need to be on it from the start, with only one hour of practice before Friday’s qualifying session.

And while you’d think that would disadvantage Ricciardo, who has struggled to adapt to his McLaren car, in fact, the opposite was true.

“Today I’ve really enjoyed it – I’ve really liked one practice and straight into qualifying,” he said.

“We had [less practice] a couple of times last year at Imola and Nurburgring and it was cool, it just kind of makes you get on with it.

“Who knows what tomorrow is like with practice and then the Sprint Qualifying, but so far so good.” 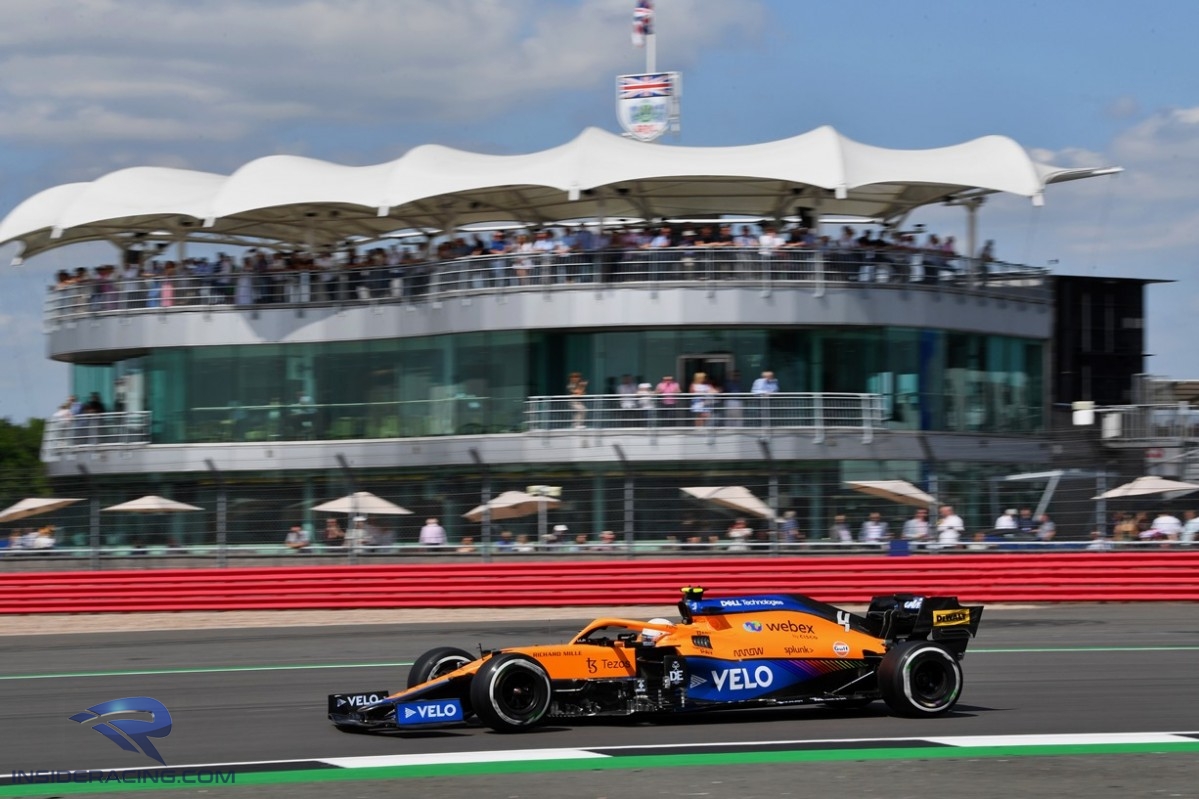 As for teammate Norris, he was an impressive second in that sole practice session, but couldn’t quite repeat as he dropped to P6 in qualifying.

Looking ahead to Saturday though, the Briton admits he is only focused on maximising his potential when it matters, in the Grand Prix.

“We are very unlikely to be on the podium, so the main points for us are Sunday,” he said.

“We still have to put all of our effort in that [but] not take too many risks to try for that one extra position tomorrow. Today was a lot more about qualifying, tomorrow is a lot more about the race and Sunday.

“But it’s a tricky one because it’s still a race, you want to attack, you want to go forward, but then you have to think about Sunday and not do anything that can put you in a worse position.”