• BMW and Mercedes-Benz are some of the German automakers that have performance models with GTR in its name.

• Performance models with those three letters in its name generally meant it was fast.

There’s no denying that the Nissan Skyline GT-R, or Nissan GT-R, is one of the best performance cars ever to come out of Japan. It carries the nickname of ‘Godzilla’ – a name that was initially birthed in Australia – where it pretty much destroyed everything it went up against on the track.

A bit of quick history – the fifth-generation or R34 was the last model to wear the Skyline name. The R35 launched after that was known as the Nissan GT-R. Nissan has made the GT-R name its own over the years but believe it or not, cars from other manufacturers also carry the heralded ‘GT-R’ insignia. Maybe it’s a case of ‘if you can’t beat them, join them’ – proverbial shots fired?

READ: SEE | These modern 2.0-litre turbo hatchbacks would give a Nissan Skyline GT-R a run for its money

BMW and Mercedes-Benz are some of the German automakers that have performance models with GT-R in its name. Some earlier Isuzu models also donned the badge. Even the GTI badge has seen itself on other models besides the Golf. Older Suzuki and Toyota performance hot hatches once wore the ‘big boy’ shoes, but Volkswagen ‘owns’ the right to those letters globally.

Are there any other GT-R-named models that we might have missed? Email us, or please leave a comment below.

Besides the famous Japanese version, below is a list of GT-R’s other than Nissan’s performance one:

Mercedes-Benz usually names its cars according to a class. Still, they decided on something a little different with one of their models, coining its name after a legendary Japanese supercar.

Developed entirely in-house by Mercedes-AMG, the AMG GT R comes in both Pro and Roadster trim that uses a force-fed 4.0-litre V8 engine that pumps 430kW and 700Nm. 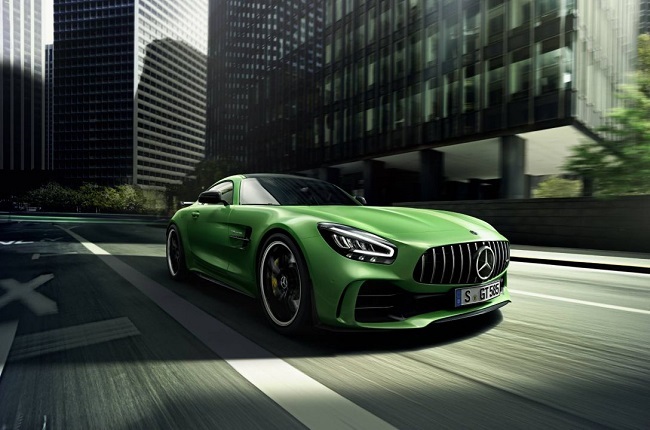 A BMW with a GT-R badge? It must be some kind of a joke, right? The M3 GTR was created for the sole purpose of being allowed to race at the 24 Hour of Le Mans, which required a certain amount of models to be made within a set period of time.

The road car version of the M3 GTR is one of the most limited production models ever produced by BMW. Under its bonnet was a 4.0-litre V8 engine that pushed out 285kW while it weighed 1 350kg thanks to many weight-reducing components. Power was transmitted through a racing-style twin-disc clutch to a 6-speed manual gearbox and variable locking M differential. The GT-R’s keep coming, and this time it’s from English automaker Ultima Sports with their GTR supercar. It first launched in 1999 and is the quickest accelerating and decelerating supercar of all time and a multiple world speed record holder.

It weighed as little as 950kg and made use of a Chevrolet V8 engine, making anywhere between 223 and 750kW, using a five or six-speed Porsche gearbox as well. One could call it a Frankenstein of sorts.

The Ultima Evolution Coupe has superseded the Ultima GTR. Yet another Mercedes-Benz on the list, but this time it’s the streamlined CLK that became infamous for getting airborne and flipping over at the 24 Hour of Le Mans in 1999.

It was available in road and race trim, a 6-litre V12 in the race car, and a 6.9-litre V12 in the road-going version. Only 25 were ever put into production due to homologation purposes, making it a true collector’s item.

Many consider the launch of the Gordon Murray-designed F1 GTR in the mid-90s as a supercar way ahead of its time. It had all the characteristics to be a dominant racing machine, and so it proved to be in its single year – from 1995 to 1996 – production run.

It utilised a Naturally Aspirated BMW V12 engine that chucked out 448kW and 651Nm, featuring a carbon fibre reinforced plastic monocoque chassis that weighed just over 1 000kg. It also took part in events like the 24 Hours of Le Mans and the Suzuka 1 000km.