The McLaren 720S is the standard “supercar” at McLaren, as could the Ferrari F8 Tributo at the Italian house or the Lamborghini Huracán at the Santa Ágata stables. It is a very high performance car, 720 hp of power and a price close to 300,000 euros. It is exclusive and within the reach of only a privileged few, and after passing through the hands of MSO (McLaren Special Operations) it will be even more elitist. The reason is that McLaren wants to celebrate that Gulf Oil is re-establishing relationships with the British brand.

The relationship between Gulf Oil and McLaren dates back to McLaren’s beginnings in Formula 1 – the late 1960s – and materialized again in a legendary F1 GTR decorated in the blue and orange colors of the oil company. Its very livery has decorated cars like the Porsche 917, reaching legendary status in the motoring world. And now, a handful of very lucky McLaren customers will be able to enjoy a 720S decorated in the Gulf colors. And no, this is not a vinyl: it is a decoration hand painted by MSO artisans. The process lasts 20 days. 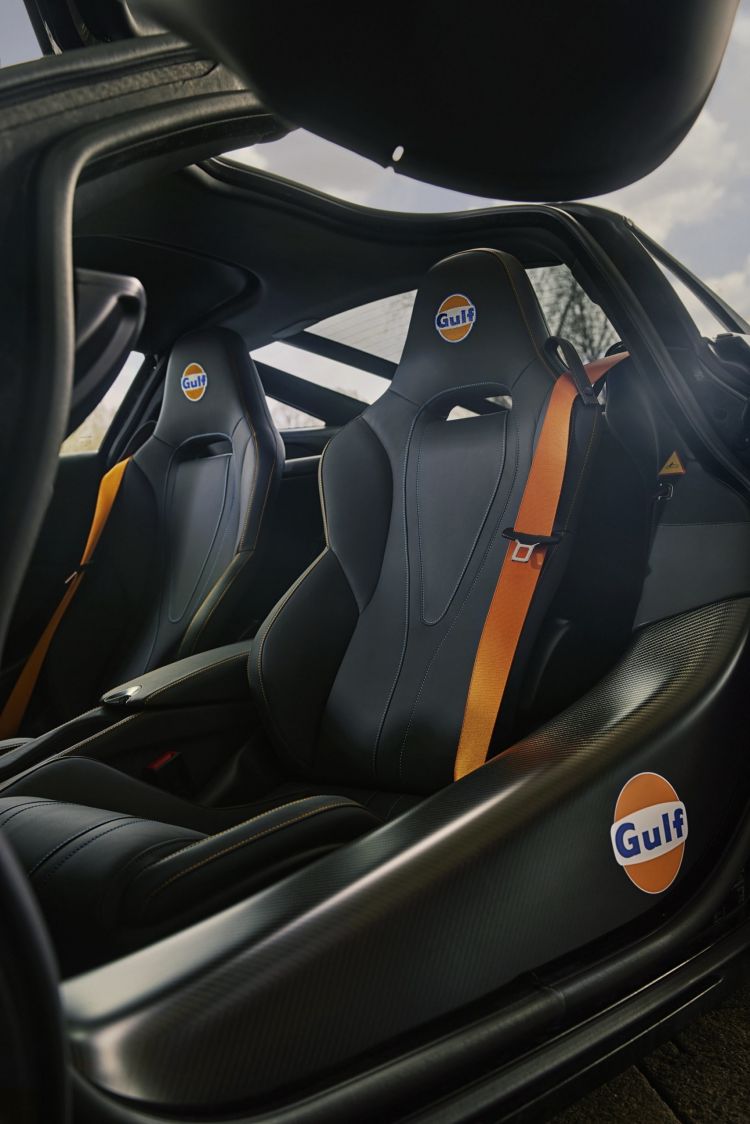 The number has not been specified, but it will be a really limited run.

In addition to the logo on the bonnet and a longitudinal stripe on its central axis, the car has a small Gulf logo on its side, a fan orange line on their matching rims and brake calipers. Inside, the logo of the oil company is on the doorways and on the back of the seats, to which we will be attached by means of orange belts. Of course, it is a purely aesthetic modification: the 720 hp 4.0 V8 biturbo remains unchanged, as does its fantastic running gear.