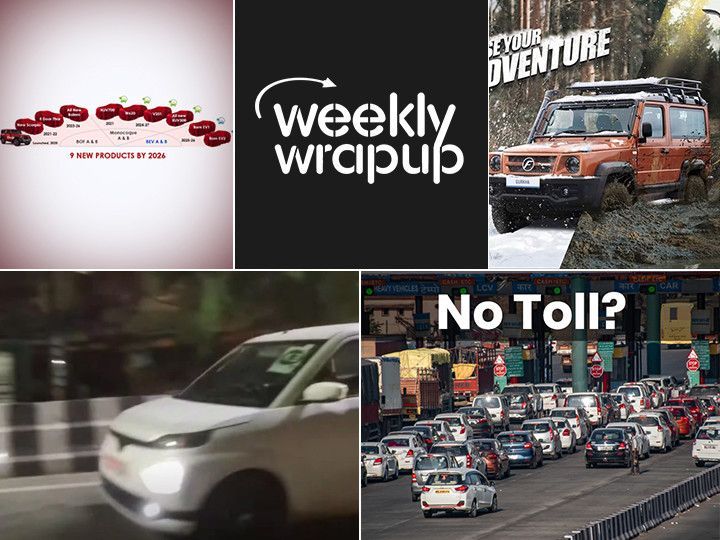 A lot of new information has emerged on car launches delayed due to the pandemic. Meanwhile, Indian carmakers and authorities found themselves quite busy in what was an action-packed week. Here are all the highlights from the last seven days:

Mahindra has revealed a plethora of additions to its lineup, including both commercial and passenger vehicles as well as pickups. It has also officially confirmed the arrival of the five-door Thar, a couple of Born EVs, and timelines of models such as the XUV900 and the next-gen XUV300. Head here for all the details.

Soon after the Gurkha was spotted on the streets, we got our hands on leaked images from the brochure. The images confirm the production-spec model will be quite similar to the model showcased at Auto Expo 2020. Head here for the full scoop.

No Blue For The Nexon

Tata has discontinued the Tectonic Blue colour option for the Nexon. It now comes in just five colours. While there’s been no official announcement, we expect this blue shade to be replaced by the Arizona Blue, like in the Tiago. Check out the story for more details.

The National Highways Authority of India (NHAI) has issued guidelines to reduce the waiting time for vehicles at toll plazas to below ten seconds, even at peak hours. This could be an interim solution until the Ministry of Road Transport and Highways (MoRTH) works on its proposed plans for next year. Check out the new guidelines here.

McLaren is finally ready to set up shop in India. The configurator on the website shows India as an option in the list of countries so the British carmaker could start accepting orders soon. The 720S, Artura, and GT will be the first three models to arrive here. Head here for more details.