Everybody wants a Lamborghini, and there are some (definitely not us because we’re broke, LOL!) who would be willing to fork out a lot of money just to bring one home.

Including one that’s made entirely out of cardboard.

A YouTuber from New Zealand by the name of David Jones decided to make a life-size Lamborghini out of cardboard.

Jones told New Zealand Stuff that he decided to make his very own Lamborghini because he could not take his mind off the car after driving one in Los Angeles.

“I can’t afford to buy one and nobody will rent a Lambo to a 22-year-old, so I am stuck with one option; I need to make my own,” he was quoted as saying. 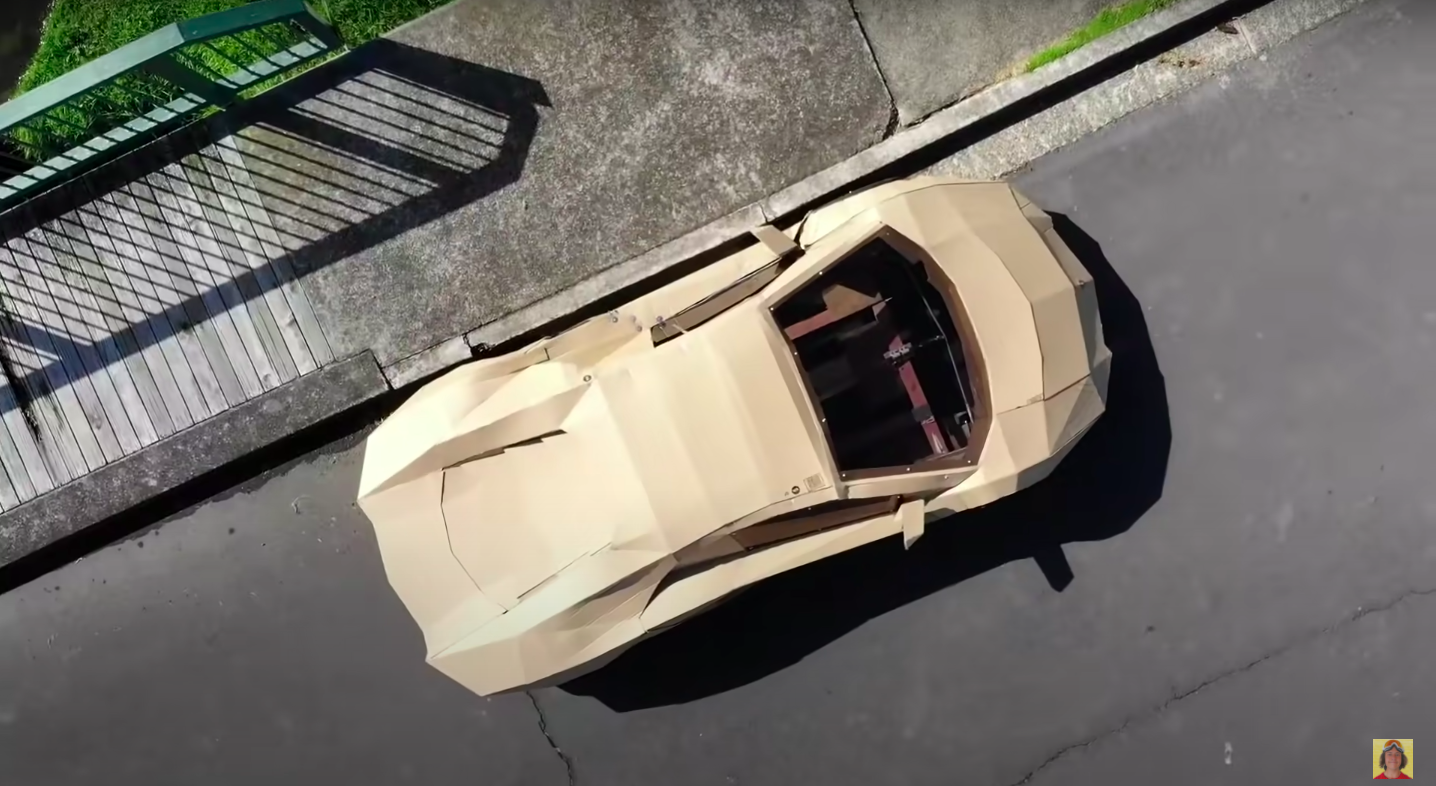 He made his ‘Cardborghini’ based on a paper model for a Lamborghini he found online, but he decided to blow it up five times bigger.

“The whole project took about two-and-a-half weeks to complete. Making the cardboard body took around one week and the driving skeleton took one-and-a-half weeks,” Jones added.

Here’s the video of him building his Cardborghini, which has been viewed more than a million times on YouTube:

At first, Jones told the news portal that he wanted to power his Cardborghini using his his electric skateboard motor, but he decided to run it on “Fred Flintstone power” because the motor wasn’t strong enough to power the cardboard Lambo.

While we would keep the Cardborghini in our house and admire it at least once a day, Jones had decided to auction it off to raise money for a good cause because he couldn’t find space to store it in his garage.

The money raised will reportedly be channeled to the Starship Children’s Hospital where he went for his cancer treatment when he was 14 years old.

What a good man, this David Jones. May you be able to afford a real one in the future.